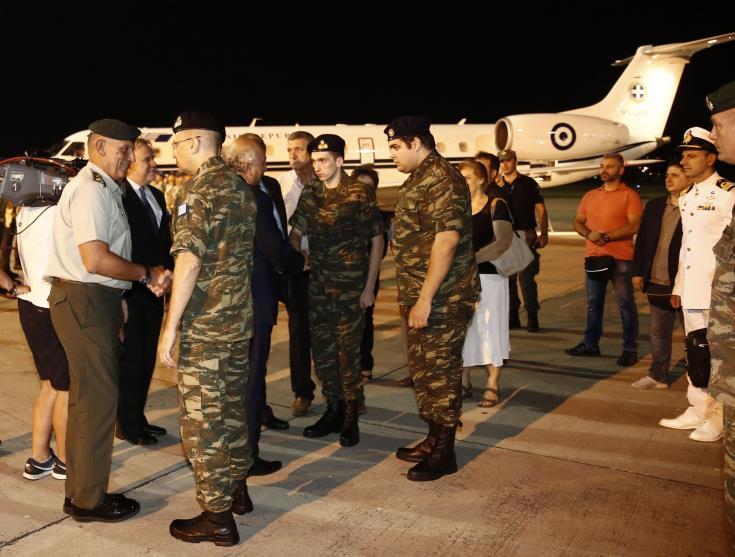 The government of Cyprus has welcomed the release of the two Greek soldiers who were kept for several months in a Turkish prison.

In statements to CNA, Government Spokesman Prodromos Prodromou said that Nicosia would also like to see a change in the Turkish stance as regards the Cyprus issue, so that the two communities, Greek Cypriots and Turkish Cypriots, can negotiate a solution that would end the Turkish occupation of part of Cyprus’ territory.

The release of the two Greek soldiers is a positive development, Prodromou said, adding that they were unjustly detained and that the issue had become a humanitarian one.

He pointed out that if Turkey’s decision as regards the two Greek soldiers is combined with a broader effort to normalize relations, both with Greece and the region in general, then, if that happens, it would certainly be a positive development as well.

The Government Spokesman explained that Cyprus would expect to see a change in Turkey’s stance so far as regards the Cyprus issue and that Ankara abandons the idea to control the Turkish occupied areas of Cyprus or even the whole of the island, thus leaving room for a negotiation between the two sides, Greek Cypriots and Turkish Cypriots, that would lead to the termination of the Turkish occupation.

The latest effort to reach a Cyprus settlement collapsed last year in the Swiss resort of Crans-Montana.  President Nicos Anastasiades told the UN Secretary General’s envoy Jane Holl Lute, during her recent visit to Cyprus, he was ready to re-engage into dialogue for a Cyprus settlement.

Lute is also holding meetings in Athens, Ankara, London and Brussels on whether conditions have matured for the resumption of the Cyprus talks. She is expected to submit a report to the UNSG on her contacts with the interested parties.