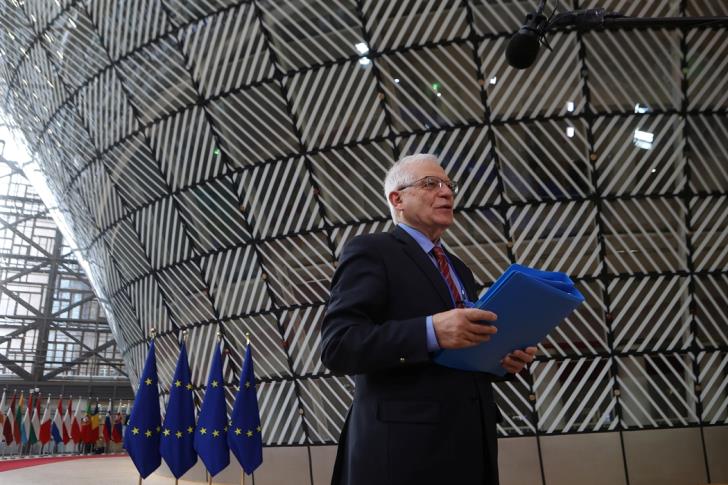 Nicosia wants EU leaders to stress that improved relations between the bloc and Turkey depends on Ankara’s stance on the prolonged Cyprus problem, Philenews reported on Wednesday.

But it is highly unlikely the leaders will adopt such stance in the statement due to be agreed at a summit on Thursday.

In fact, the Union is expected to deepen trade ties with Turkey but will maintain the threat of economic sanctions if Ankara moves against the bloc’s interests.

This is what a draft statement shows, with the offer of closer economic links, mixed with threats, reflecting the complex relationship between Turkey, an EU candidate, and the world’s largest trading bloc.

The draft, seen by Reuters and dated March 22, says EU leaders will “work on a mandate for the modernisation of the customs union”, referring to a 1995 EU-Turkey trade deal that could be expanded to include services, public procurement and farm goods.

The leaders’ summit will build on a report by EU foreign affairs chief Josep Borrell and the European Commission released on Tuesday that calls for “modernisation and expansion of the scope of the current EU-Turkey customs union”.

The leaders will also say at the summit, due to take place by video conference on Thursday and Friday, that Turkey deserves more financial support for hosting millions of Syrian refugees and more high-profile diplomatic contacts.

The EU is expected to provide fresh funds from 2022 for the four million refugees that Turkey hosts, following some six billion euros spent over the past four years.

But such progress would only be possible if Turkey respected human rights and showed greater flexibility over the divided island of Cyprus and energy exploration in disputed waters in the eastern Mediterranean.

Turkey still maintains troops in the northern part of divided Cyprus after an invasion in 1974. Efforts throughout the years to reunite the island have failed to yield results.

By Annie Charalambous
Previous articleSunny early in the morning, but showers to follow on Wednesday
Next articleThree foreign men arrested after woman’s decomposed body was found in buffer zone