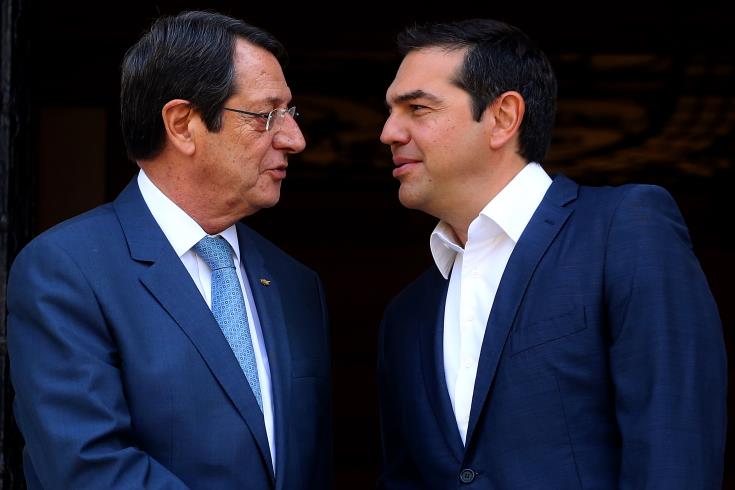 The President of Cyprus Nicos Anastasiades and the Prime Minister of Greece Alexis Tsipras spoke on Sunday on the phone, agreeing to cooperate closely over Turkish illegal activities in the region.

According to a written statement by Government Spokesman Prodromos Prodromou, the two men had a telephone conversation on the occasion of the Greek Government Council for Foreign Affairs and Defence, that convened on Sunday afternoon in the Greek capital, Athens.

During their long conversation, they discussed ongoing developments and decided to cooperate closely ahead of the EU Foreign Affairs Council, as well as the European Council, set to meet on June 20 and 21, Prodromou added.

He noted finally that the two leaders monitor developments closely with composure and proceed to all necessary actions in order to achieve the proper reaction to Turkish tactics and Ankara’s illegal invasion.

Earlier on Sunday Prodromou said that Nicosia possesses information in relation to Turkey’s drilling activity off the coast of Cyprus but is not in a position to confirm it.