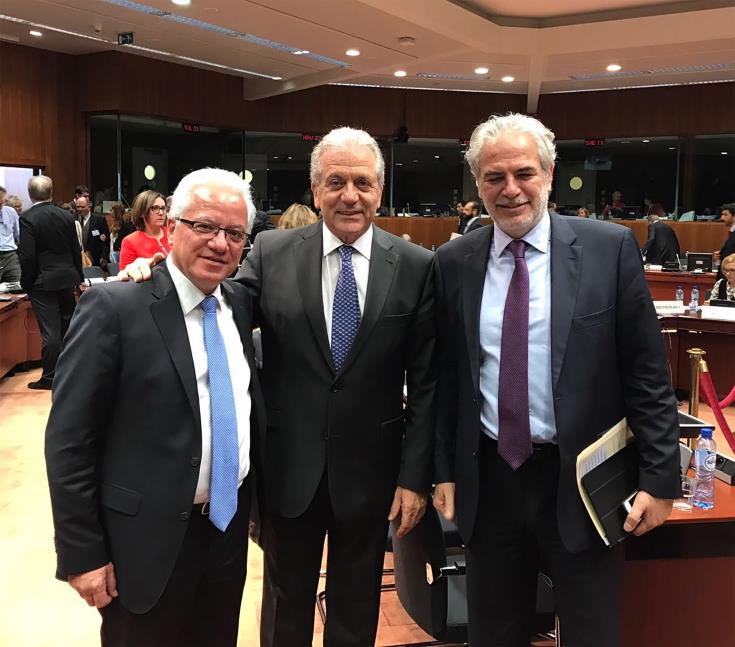 Justice Minister Ionas Nicolaou, has stressed the need of EU cooperation with third countries to combat immigrants’ trafficking. Nicolaou represented the Republic of Cyprus in a two-day EU Interior and Justice Ministers meeting that took place in Brussels and concluded on Friday.

“During yesterday’s meeting it was decided to proceed with a series of operational measures aimed at dismantling the trafficking networks,” Nicolaou said.

He noted that it was decided that operational measures should give particular emphasis on issues related to the exchange of information and exploitation of the sources from which such information originates, whether from Europol or the liaison officers of the member states in third countries.

“It was further decided to strengthen, in particular, the cooperation of the member states with the third countries”, Nicolaou added.

“Cyprus has given a lot of emphasis on this issue, because we are facing a serious problem with migration,” the Minister said. “We are the country that, unfortunately, in terms of population, is perhaps facing the greatest flows of migrants at this time, and we hope for cooperation between the member states to capitalize on the opportunities offered to enable us dismantle the immigrant transport networks in Cyprus”, he added. .
Regarding the second day of the Council works, the Minister clarified that the regulation to prevent the dissemination of terrorist material over the Internet was at the heart of discussions and the effort made with this regulation is to enable states to be in direct contact with providers, as it is estimated that at present around 400 providers are transferring terrorist material over the internet.

“An effort is made to act preventively and proactively to tackle the phenomena of terrorism and threats to the EU,” the Minister of Justice and Public Order said.

With regard to the Directive on access to electronic evidence, the Minister added that it was also important to discuss the attempt concerning the cross-border transfer and use of electronic evidence that is useful for investigating serious crime, especially during the digital age we are going through.

“This material will mainly relate to recorded communications, identification of the Internet user and its communication data. Such a cross-border facility will facilitate cooperation between the member states for the purpose of investigating a serious crime,” he said.

“Both these regulations have been assessed and a number of measures have been taken that essentially aim at protecting freedom of speech and the substantial protection of personal data – elements that we cannot ignore when evaluating similar proposals,” the Minister concluded.

By In Cyprus
Previous articleNo thoughts of militarising Cyprus, Tsipras says in Moscow
Next articleCyprus’ GDP grows by 3.7% in Q3