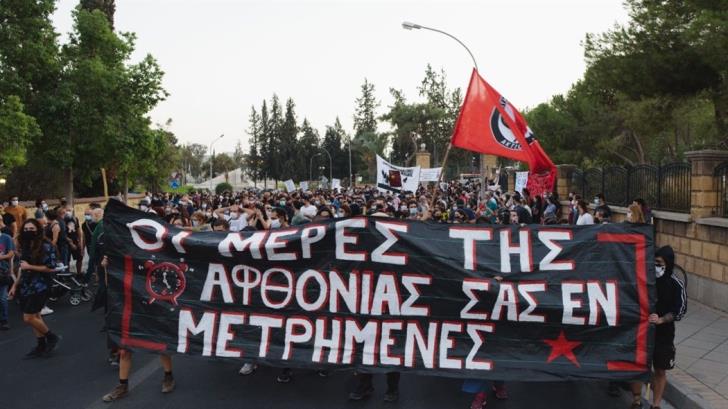 In the aftermath of incidents that occurred last week in Nicosia, a new protest march is being organized for this Saturday at Kolokasis Park.

The organizers of the event noted that the incidents of 13 February clearly indicated that the last thing the authorities are concerned about is public health.

They also invited other organizations and groups to participate in the march, wearing their masks and keeping their distances. They noted that the mobilizations are anti-fascist so nationalistic and religious symbols and slogans are not welcome

By gavriella
Previous article9,096 vaccination appointments for citizens over 74
Next articleCyprus economy shrinks by 5% in 2020 against projections for deeper recession due to pandemic