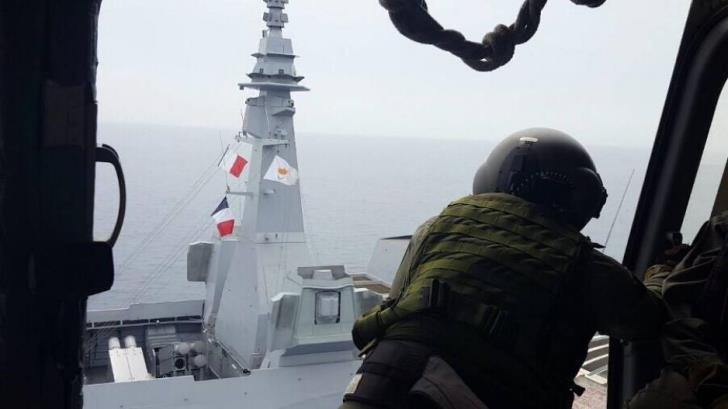 A defence cooperation agreement signed in April 2017 between Cyprus and France came into effect on August 1, an official press release said on Thursday.

The new agreement extends the fields of cooperation to include training and exchange of knowledge and experiences regarding the armed forces’ role in the fields of energy security, maritime security, early warning, evacuation of nationals and crisis management.

Development of such cooperation is also required in the context of a worrying increase in insecurity in the eastern Mediterranean region and consequent increase in needs with regard to evacuation of nationals.

France is Cyprus’ second military partner, and the island constitutes a key support base for carrying out French military operations in the Eastern Mediterranean, guaranteeing maintenance of free access to this strategic area.