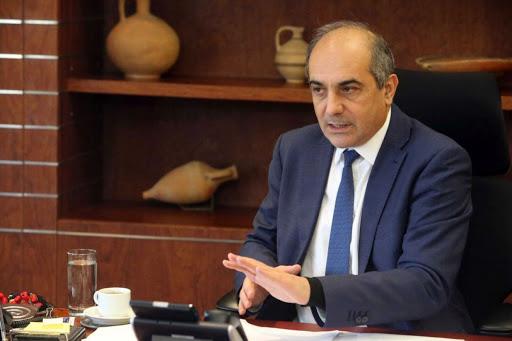 Disgraced parliamentary speaker Demetris Syllouris will get some €100,000 as a lump sum, plus a car, €3,000 for a secretary and a €5,100 monthly pension now that he has resigned, according to Phileleftheros.

Syllouris, aged 67 and speaker since 2011, resigned on Thursday in the wake of a cash-for-passports scandal.

An outgoing MP’s lump sum is €185,000 and much higher for that of a House President but this amount was already given to Syllouris after his election as head of the parliament. That’s why he will now get an additional €100,000, the paper also reported.

The gross salary and earnings of a House President is €131, 000 annually and the net about €74,000. The pension is two-thirds of his/her earnings while serving the parliament.

Each speaker’s pension is valid from the age of 60 provided he/she is no longer a deputy. Syllouris is 67 so he is pension-eligible.

Syllouris was secretly filmed by the Al Jazeera network talking to an undercover reporter posing as a representative of a Chinese businessman with a criminal record. He is shown promising to facilitate the businessman’s passport application.

The documentary was aired on Monday, triggering public outrage and forcing authorities to suspend a lucrative citizenship for investment programme.