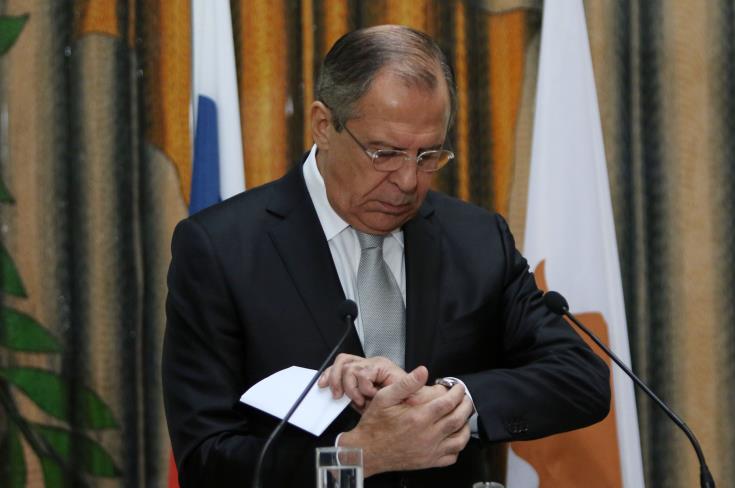 Russian Foreign Minister Sergey Lavrov held on Wednesday a telephone conversation with Foreign Minister of the Republic of Cyprus Nicos Christodoulides, to whom he reaffirmed Moscow’s position of principle as regards the Cyprus issue.

According to a press release by the Russian Foreign Ministry, on July 11, Foreign Minister Sergey Lavrov had a telephone conversation with  Christodoulides at the latter’s initiative.

It is said that the two Ministers discussed the current state and prospects of bilateral relations and the implementation of the agreements reached at the Moscow talks in April 2018.

The press release notes that Christodoulides shared his assessment of the Cypriot settlement process and Lavrov reaffirmed Russia’s position of principle in support of negotiations between the two communities on the basis of UN Security Council resolutions with a view to reaching a comprehensive, viable and fair solution in the interests of both Cypriot communities.

“Naturally, the UN, under the aegis of which negotiations are being held, should play the main role in international efforts to reach a settlement. Russia supports the continued mission of the UN Peacekeeping Force in Cyprus, which is performing important stabilising functions,” it concludes.