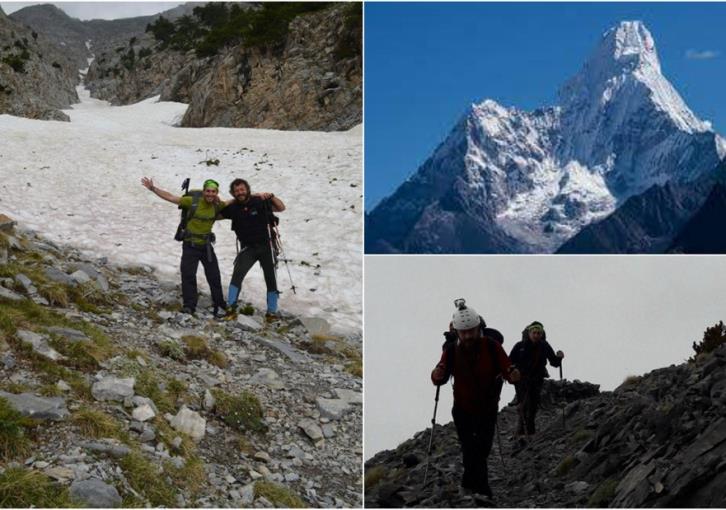 Cypriot mountain climber Kleitos Neokli is preparing for his next challenge: to climb the 6,856m peak of Ama Dablam  in the Himalayas in eastern Nepal and to help raise money for the charity “Walking with Elena’.

The daunting task kicks off on October 9 and will last month. The route is exposed to steep snow, ice and rock climbing in exhilarating and exposed situations.

Neokli  told philenews that he fell in love with mountain climbing during a trip to northern Greece three years ago.

“This effort is representative of life itself, which appears before us like a mountain that we must climb,” he told the site.

Those wishing to contribute can do so on the GoGetFunding page https://gogetfunding.com/kleitos-is-walking-with-elena-to-nepal/

A presentation of the endeavour and of the work of the foundation will be given at 7 pm on Friday at the Lebay Hotel in Larnaca.

The foundation “Walking with Elena” was established in the loving memory of Elena Mytides who passed away in September 2014 after a battle with cancer.

It was established by Elena’s family and friends as a charitable non-profit institution; aiming to provide assistance, in any form, to children suffering from long-term diseases, orphans and those in financial need. The foundation embraces with love the allocation of funds for charitable and educational purposes.