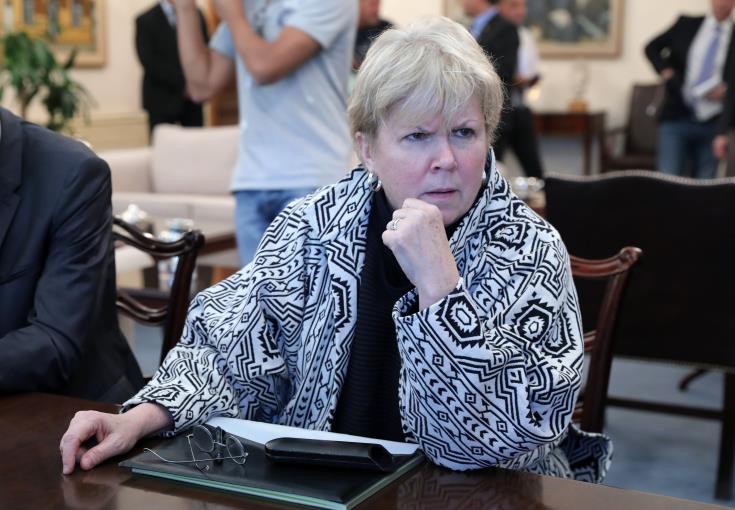 UNSG`s envoy Jane Holl Lute is set to visit Athens on Tuesday, 26 February 2019, as the Greek Foreign Minister Giorgos Katrougalos announced during the meeting of the National Council on Foreign Policy, held on Friday, 22 February.

In statements to the media after the meeting, Minister Katrougalos said that the National Council on Foreign Policy reaffirmed Greece’s firm stance for a solution to the Cyprus Issue as a problem of invasion, which must be resolved with respect to the fundamental principles of the international law.

He also stressed that Greece’s position in the negotiation process was focused on the abolition of the unacceptable system of guarantees and the withdrawal of the occupation forces on the basis of a concrete timetable.

During the meeting of the National Council on Foreign Policy, Minister Katrougalos also briefed the members on the discussions held between Greek Prime Minister Alexis Tsipras and President of Turkey Recep Tayyip Erdogan, during their recent meeting in Ankara.

As he stressed, the main goal of Prime Minister’s Tsipras visit to Ankara was the reopening of the Greek-Turkish dialogue on a systematic and organized basis, as well as the effort to reinforce the implementation of the already existing confidence-building measures.