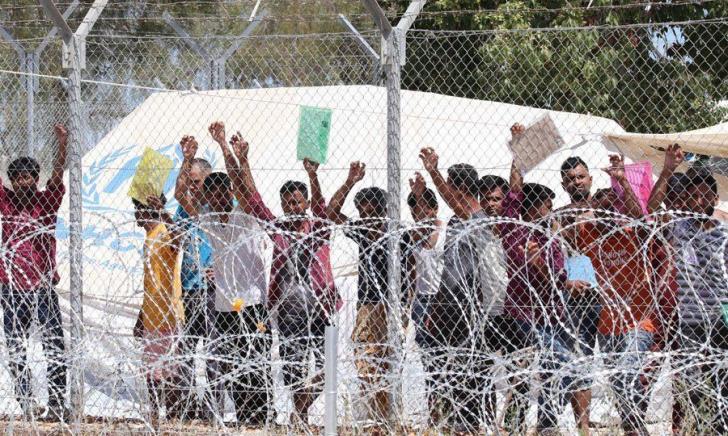 According to the Police, under unknown so far circumstances, the two groups engaged into a fight which expanded outside the Center. The persons involved in the incidents were throwing stones toward the members of the Police that rushed to the scene to impose order.

As a result five foreigners, two members of the Police and two security guards have been injured. Additionally damage occurred to two Police vehicles and another private cars.