UK High Commissioner: I see 2023 as a year when a renewed effort on the settlement of the Cyprus problem is essential 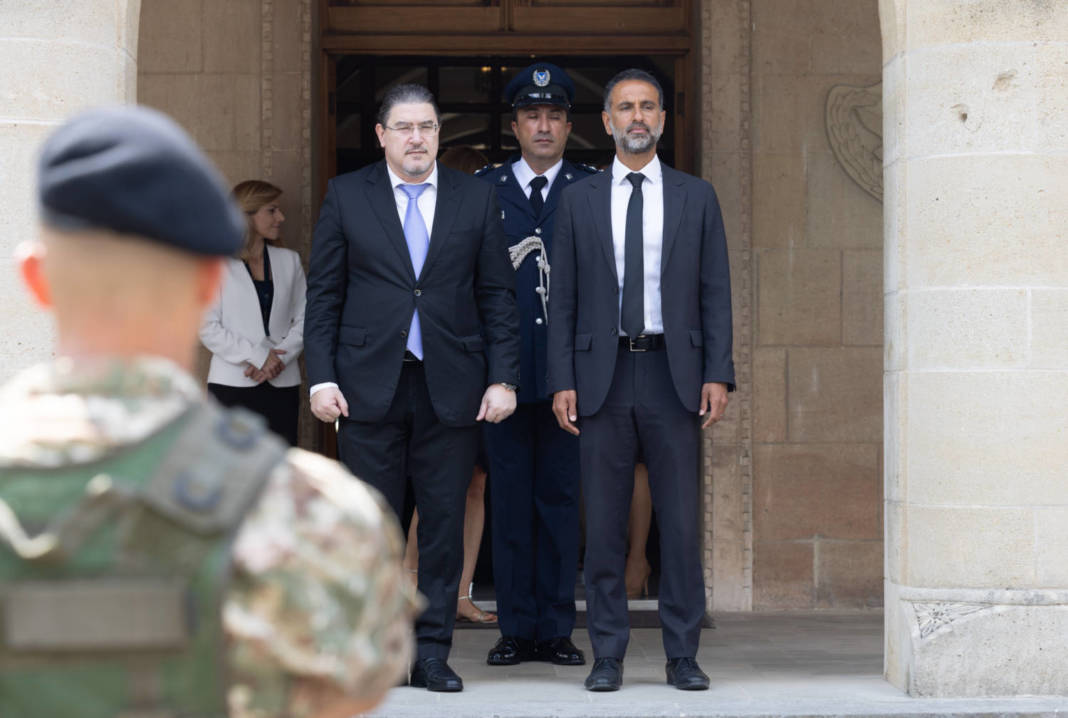 Despite the after effects of the pandemic, the war in Ukraine and the impact on global energy and food prices, the Cypriot economy has emerged in a relatively strong position. This is clearly due to the vibrancy and energy of Cyprus and its talented people. This creates good opportunities. But I can also see how the continuing division of the Island presents major opportunity costs for Cyprus. A united Cyprus would be able to tackle the serious economic and political challenges that will inevitably arise in 2023 much more confidently and successfully. So despite being an issue that some have become tired of, and where others see no hope for progress, I see 2023 as a year when a renewed effort on the settlement of the Cyprus problem is essential.

Presidential elections in the Republic of Cyprus (RoC) and in Turkey are scheduled for 2023. Once the elections have passed, I hope there will be a new and serious push for a settlement. All of the leading Presidential Candidates in the RoC have stated that they will make it a priority. This is very welcome. But of course there are two sides to this conflict. The current position of the self-declared “TRNC” and of Turkey is for a two-state solution. This is clearly a non-starter for any serious negotiations. My sense is that there still remains some Turkish Cypriot openness to a federal model. But to bring the Turkish Cypriots and Turkey back to the table, there will need to be a serious set of incentives on offer. A clear message of renewed commitment to political equality and inclusion could provide this to Turkish Cypriots. Co-operation on hydrocarbons, a better relationship with Europe and the EU and the economic and security benefits that flow from a peace deal for all, could offer the incentives to Turkey.

A new President of the Republic of Cyprus should be bold and make these offers clearly and confidently. A failure to do this carries significant risks. The more time that passes without a deal, the more difficult it becomes to reach an agreement as the social, economic and political divisions on the Island become deeper and more cemented. The international community will of course have an important role to play in any process and I am confident it would do what is needed to stimulate and support a settlement. The ongoing war in Ukraine will remain another important factor in 2023. Cyprus’ strong position of solidarity with Ukraine and implementation of EU sanctions against Russia has been hugely valued. It is however an economically costly position. Supporting the further diversification of the Cypriot economy to reduce exposure to Russian investment and tourism will continue to be important. The UK as a strong partner of Cyprus, with the largest number of tourists visiting the island and strong people-to-people links, will continue to seek ways to support and invest in the further development of the Cypriot economy.

Finally, I should note that the single most important consequence of Brexit for UK-Cyprus relations, as reiterated to me in all of my introductory meetings in Cyprus, is the impact on higher education. With higher university fees post-Brexit, fewer and fewer Cypriot students are choosing to study in the UK. I understand the impact this is currently having and the long-term impact this will have on UK-Cyprus relations as new generations lose the benefit of having lived and studied in the UK. The enduring strength of people-to-people links in our relationship risks suffering. Finding a solution to this issue won’t be easy. But with creativity and good will, I am hopeful that we will maintain educational links, either through Trans-National Education Partnerships, more UK educational institutions setting up in Cyprus or finding solutions to ease the financial burden of studying in the UK so that our people to people links remain the essential bond that binds our two countries.