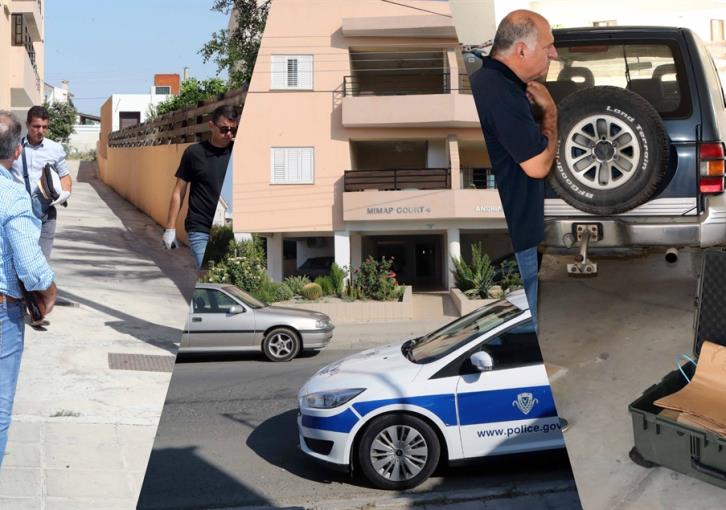 Police investigating an apparent murder- suicide in Lakatamia are waiting for the results of DNA taken from a hunting rifle, the post-mortem and examination of a handwritten note as they try and piece together what happened in the living room of the first floor apartment on Monday.

The bodies of Christakis Christodoulou, 56, and Niki Sieftali, 44, were found by a relative who alerted police on Monday evening.

The two were lying in a pool of blood. Both had gunshot wounds — the man in the chest and the woman near the throat — and a hunting rifle has been recovered from the scene.

Police have said that at first sight there is no indication that a third person was involved.

However, they have still not said who pulled the trigger.  A police spokesman told CyBC radio on Wednesday morning that investigators were still waiting for the result of tests.

One of the clues in the puzzle is a farewell note that was left behind in a diary. Handwriting experts have still to confirm who wrote it.

Police are also waiting for the results of tests from DNA taken from the hunting rifle found in the apartment as well as the post-mortem examinations to be held today on the bodies of the two deceased which will indicate the trajectory of the bullets.

Phileleftheros reports that two empty cartridges were found in the hunting rifle which has been sent for ballistic tests.

The newspaper adds that police have testimony and evidence that Christodoulou had telephoned Sieftali, with whom he had been in a relationship, on Monday morning and she had gone to his apartment.

Unsuccessful attempts had been made by friends of Sieftali to reach her after 1.30 pm, the paper adds. A relative of Christodoulou went to the apartment after failing to reach him by telephone late on Monday.

Seeing the car was there and as there was no response to the door bell or the phone, he broke the balcony window and went in. On finding the two in a pool of blood, he notified police and exited from the main entrance, which he unlocked.

Police do not believe a third person is involved as there is no other sign of a break in of the apartment. Nor did anyone hear gunshots, something attributed to people being at work.

In the living room, police found a diary and under Monday’s date a note believed to have been written by the 56 year old father of three saying this was his last day alive. Hand writing experts are checking whether it is in fact his handwriting.

Phileleftheros also notes that that the hunting rifle was found next to the body of the woman, at some two to two and half metres distance from the man.

This is the second murder-suicide in Nicosia in less that one month.

On May 31, police found the bodies of a 46 year old Vietnamese woman and a 64 year old Romanian man in separate rooms at an apartment in Pericleous street. Police believe the man stabbed the woman, with whom he was in a relationship, to death and then took his own life.