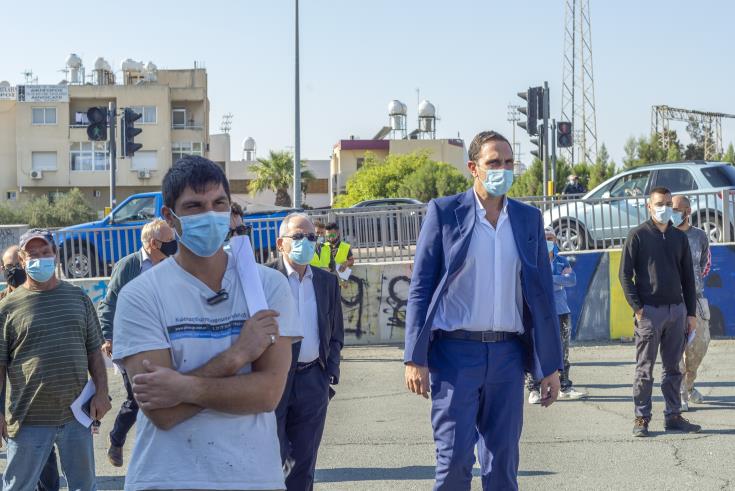 Health Minister Constantinos Ioannou, visited on Wednesday unexpectedly three of the four test centres in Limassol for employees who get tested for COVID-19, where the process runs now smoothly without any delays.

Ioannou said that the problem with the delays in the process that had caused distress among the employees, especially in Limassol district, has been resolved.

He assured that there will be no problem when the tests are repeated after seven days. Ioannou said that while their first estimation was that about five thousand employees would take the test, 7.5 thousand people had visited the test centres until yesterday.

The Minister expressed the belief that all employees will be able to do the tests on time.

Moreover he underlined the importance of the rapid tests programme and urged citizens to take the tests at the 11 sampling stations that operate all over Cyprus.

The Minister asked for the citizens` support, so that it will be possible to have better results through the strict implementation of measures, in order to be able to relax restrictions which are now in place.

Ioannou issued on Friday a decree on a travel ban and specific restrictions following the new measures in Limassol and Paphos districts to contain the spread of COVID-19.

The two districts have been placed under quarantine until November 30th. Employees and other individuals who are exempt from the travel ban will have to show as of Thursday 0500 hours local time a negative COVID-19 test in order to be able to travel to and from Limassol and Paphos.