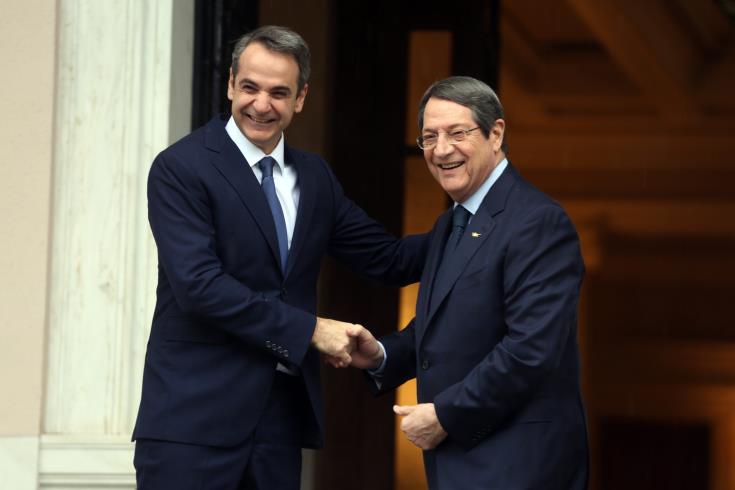 Greek Prime Minister Kyriakos Mitsotakis expressed his condolences to the President of the Republic of Cyprus Nicos Anastasiades for the loss of four lives in the devastating blaze over the weekend and his sadness for the disaster caused by the fires.
Mitsotakis and Anastasiades had a telephone conversation early on Monday.

The President of the Republic of Cyprus thanked Kyriakos Mitsotakis for his immediate response to the request for assistance by sending two Canadair CL-415 aircraft to contribute in the efforts to fight the deadly blaze.

The Greek Prime Minister expressed his condolences for the loss of four lives and his sadness for the disaster, stressed that Greece is and will always stand by Cyprus and reiterated his willingness to assist if more is needed to deal with the consequences of the fire.