MATCH RACE is a one-on-one duel between two identical boats. It is the ultimate challenge
for sailing techniques, strategy and tactics. It was held close to the shore and it was easy to
watch and understand. It was a beautiful sailing fight with only one winner at the end.

The Limassol race was a spectacular event on a sunny day with a stable wind of 8-12 knots. The race attracted many of the Limassol Boat Show visitors to enjoy sailing in a unique way with a sparkling drink in hand.

The perfect location of a tribunal hosting the guests with great views, a talented DJ, photographers and a skilled commentator complete the show. More than 500 people were on the pier enjoying the two identical xp44 dancing, including Limassol mayor Nicos Nicolaides, who started the first race, enjoyed the event and said that this is the first and not last match race in Limassol.

The beautiful xp 44 is a high-end, world-class performance yacht manufactured by X –
YACHTS in Denmark. The yachts are fully equipped for racing with a full spectrum of NORTH SAILS racing sails. It is a very special case to have two identical boats of this class here in Cyprus available for match racing.

Four proud teams worked hard in a knockout one-on-one racing to struggle the way up to
the final race and were cheered by the sound of the large crowd. Team Fiverr, winners of
the Israeli Cup, skippered by Easy Swissa; Team Typhoon, winners of Cyprus Offshore
Championship, skippered by Jiovannis Pikkis; Team Unica skippered by Kleanthis
Hadjisoteriou and Team of Cyprus International Sailing Club skippered by Vyacheslav
Ermolenko.

After a beautiful day with three rounds of anxious sailing duels in front of the crowd, Team
Fiverr won the final race and got the Match Race 2022 Cup.

This special event was created by the Exclusive Yacht Club, Easy Sails and North Sails
Cyprus aims to promote sailing in Cyprus. 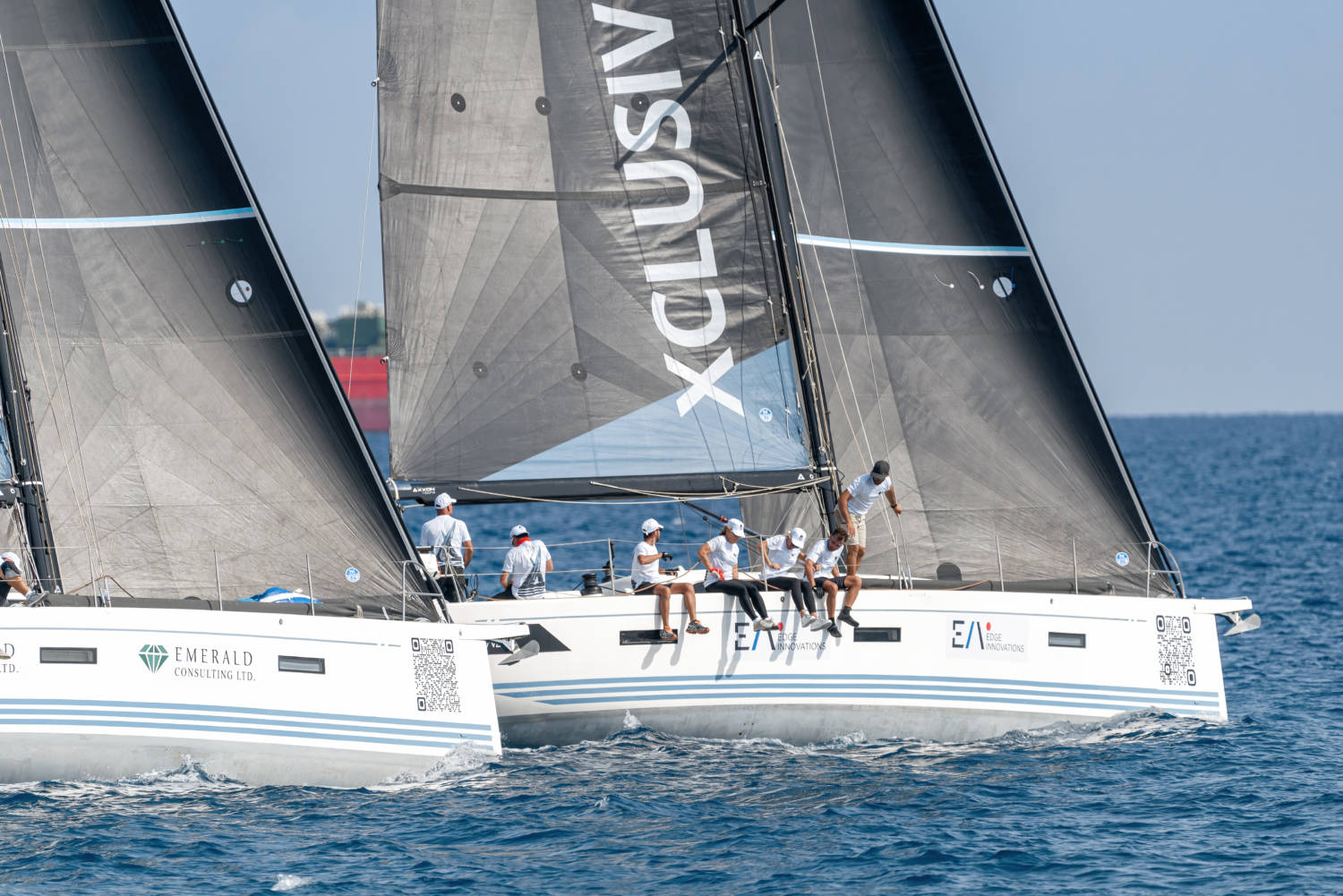