Fire between Pachna-Malia still raging out of control 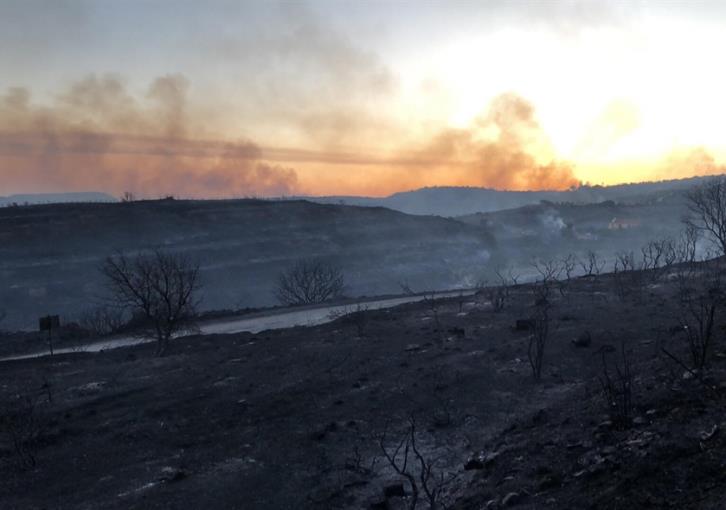 A fire which broke out a little before noon between Malia and Pachna in the Limassol district is continuing to rage out of control, fanned by strong winds.

A total of  eight fire fighting aircraft — six of the Republic of Cyprus and two from the British Bases, did battle with the blaze until about 8 pm when they had to suspend operations because of nightfall.

More than 20 fire  trucks and 50 fire fighters are continuing operations.

The fire is raging on multiple fronts and the terrain is difficult, making the work of the fire fighters even more difficult.

Justice Minister Yiorgos Savvides and chief of police Kypros Michaelides are at the coordination centre.

The minister told reporters that dry vegetation of some 2 square kilometres has been torched by the fire.

“All services are fully mobilised and we have optmistic indications the fire can be contained,” he said.

Aircraft will resume dropping water at the first light of day, he said. 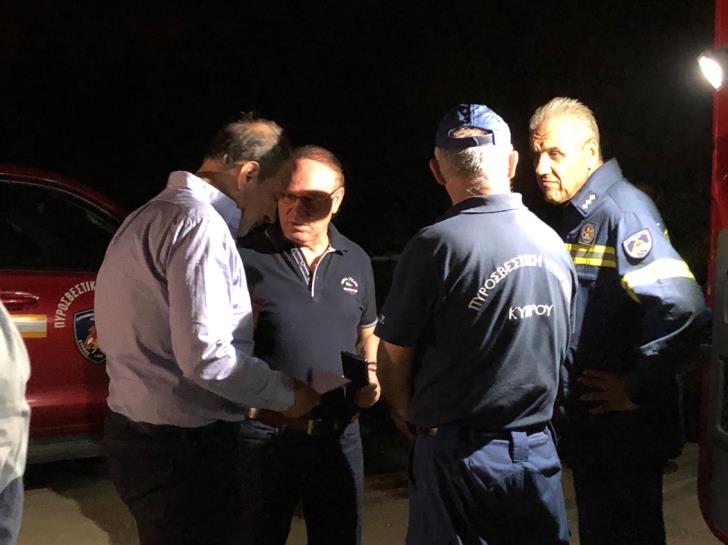 Civil defence evacuated the 10 residents of Kissousa as a matter of precaution late on Monday afternoon.

The fire is burning wild vegetation and trees and vineyards. Deputy fire chief Leonidas Leonidou said some abandoned buildings have been burned as has a large expanse of land.

It has also burned electricity poles and part of the grid has been affected. Pera Pedi, Silikiou, Pachna, Kilani, Vouni, Ayios Therapon and Malia are without electricity.

Moreover, because of the fire the Ayios Amvrosios -Vouni road has closed.

The Cyprus News Agency and other media groups said police are questioning one person who according to some testimony was moving suspiciously in the area when the fire broke out.

By In Cyprus
Previous articleReinforcements sent in as fire near Pachna continues to rage
Next articleFire near Pachna partly contained; risk of flare up remains