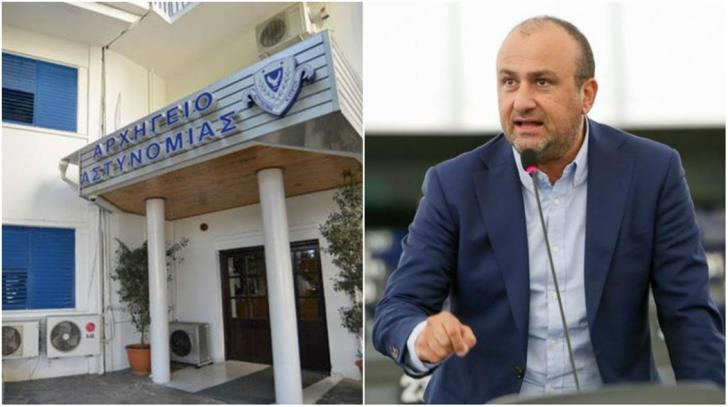 EDEK Euro MP Demetris Papadakis, accompanied by his lawyer, gave today a statement to the police about developments in the party ranks and allegations of wrongdoing, leveled at him by party leader Marinos Sizopoulos.

Police chief Kypros Michaelides said that Papadakis has given a statement and if the need arises Sizopoulos will be called in to testify too.

He also said yesterday Sizopoulos handed a statement to the police, who went to his office, relating to the charges against Papadakis, which he had already presented to the party Central Committee.

Michaelides said police are investigating the content of a video which is making the rounds, apparently showing some kind of a sting operation against the MEP.

Papadakis’ lawyer Fanos Andreou told state radio this morning that he reported to the police three breaks-in st the office of his client. He also said the MEP will draft a report on all that has happened and intends to engage the competent EU body OLAF in the whole affair.

Sizopoulos on Friday said he had no intention of giving a statement to the police regarding criminal offence accusations against Papadakis, who is alleged to have misused EU funds for a private company.

It is also claimed that Papadakis has refused to relinquish 10% of his salary to the party, as promised, if elected to the European Parliament on EDEK ticket.

High ranking party members have already resigned in protest over the whole affair and Papadakis’ expulsion from the party.