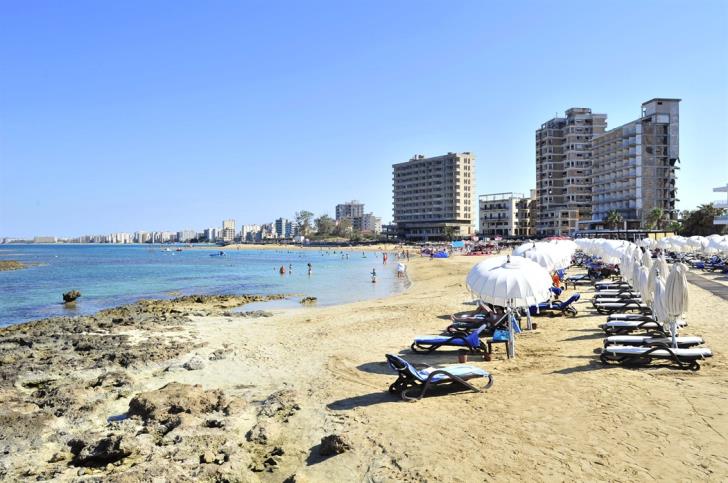 More than double the number of European tourists than 2016 passed from the Republic of Cyprus to the Turkish occupied areas in 2017, according to data from the annual EU Commission report on the Green Line.

The Commission report says that in 2017, 822,318 European tourists (excluding Cypriots) passed from the Republic of Cyprus to occupied areas. In 2016 the number was just 385.426, which means that there was an increase of 213% in the course of just one calendar year. The Commission attributes this ‘substantial’ increase to the ‘general increase in tourist flows on the island’. In addition, there was an increase of more than 35% to the number of European tourists who visited the occupied areas via the roadblocks in Strovilia and Pergamos, as in 2017 they numbered 415,051, compared to 295.042 in 2016.

The obvious economic benefits for the Turkish Cypriot community from the rising number of European tourists passing from the free areas to the occupied areas, through organised tours as well, is not counted by the Commission in the volume of trade under the ‘Green Line Regulation’. With the exception of tourist product, the Commission recorded an increase of 9.5% in trade from the occupied to the free zones, which in real numbers amounted to €4.790.964 in 2017. According to the conclusions of the report, published today, the list of the most tradeable items includes plastic products, building materials, fresh fish and potatoes.

The Commission notes the ‘barriers’ in trade: as they mention in the report, the Republic of Cyprus ‘continued not to approve the movement of commercial trucks carrying of more than 7.5 tons as well as of processed food’ from the occupied to the free areas. The Commission argues that removing such ‘barriers’ would lead to an increase in the volume of trade. It is noted that the Commission also repeats in this year’s report its concern that trade is, in general, at a low level. However, the Commission avoids referring to the ‘limited scope’ of the Green Line Regulation and does not indicate that there should be direct trade, which was done in previous reports for many years, prompting a reaction from  Nicosia..