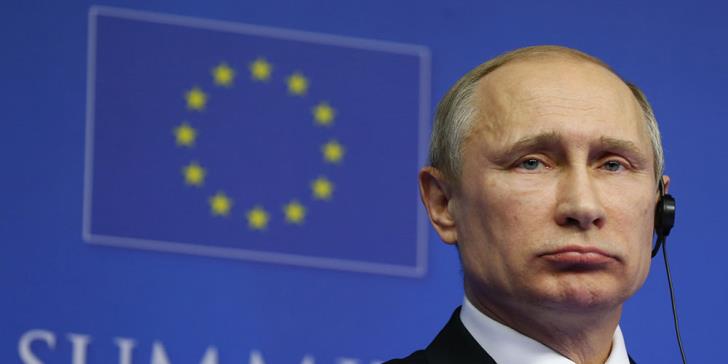 Greece and Cyprus were identified as close ‘Kremlin collaborators’ within the EU by the European Values Think Tank. They were cited as the two countries considered as the most helpful for the promotion of Russian interests within the EU. The report notes that both Greece and Cyprus have shown no meaningful resistance to what the report called “Russia’s subversive activities.”

In the Think Tank’s ‘Kremlin Watch Report’ EU member states were rated and ranked on the basis of three qualitative measures: 1) political acknowledgement of the threat by state representatives, 2) government strategy and applied countermeasures, and 3) counterintelligence responses.

The report notes in particular that:

• The Cypriot government considers Russia an ally supporting the integrity of the country, even though there are doubts about Russian actual interests amongst some journalists.

• Cypriot media have been speculating about hypothetical hidden motives of Russia to meddle in the  internal affairs of Cyprus with an agenda which is different than publicly claimed.

• The political representation of Cyprus has not acknowledged these speculations in any way.

Cyprus is characterised as ‘Kremlin friendly’ meaning that the country does not feel threatened and is advocating for better relations with Russia. It also often supports Kremlin’s foreign policy objectives, such as advocating for stopping the imposition of further sanctions.

The report adds that: ‘Cyprus belongs to the group of countries which do not perceive any threat coming from Russia and keep a close relationship with the regime. Russia has supported the integrity of the island since the Soviet era, which makes Moscow a key foreign partner of Nicosia. Cyprus is also Russia’s primary offshore banking haven, home to 40,000 Russians and a popular destination for Russian tourists. The government opposed sanctions against Russia, especially because of the economic ties, although the actual impact of them on the economy has been limited. However, there is a continuing Russian intelligence activity in the country and the Cypriot side fears that Moscow is using social and mass media and its ties to fringe nationalist parties and the Greek Orthodox Church to undermine the settlement talks.

The report also stresses that bilateral relations with Russia stay on a high level regardless of the events in Ukraine.

In regard to NATO, the report claims that the cooperation between NATO and EU is not a high priority for Cyprus, which is not a NATO member. The report even alleges that Cyprus often tries to decrease and undermine chances of collaboration between the two bodies.

According to the report, Cypriot officials are some of the most rigid supporters of the idea of Russia being the real and honest ally of Cyprus and would not take part in any international activities targeted against it unless it would be absolutely unavoidable.

The report claims that there have been voices expressing concerns about Russian meddling in the Cyprus issue but no sources are cited. The report also claims that several media outlets in Cyprus managed to ‘breach a long-time taboo’ and started speculating recently about their concerns that Russia might actually want to block the peace settlement on the island, opposite to what it officially claims. But these worries, the report claims, have not been reflected by the majority of the authorities.

The ‘Panama Papers’ had shown Cypriot banks received more around 871 million dollars in Russian capital and were complicit in money laundering, the report adds.

It says there are no known intelligence activities in Cyprus attempting to counter Russian influence operation, especially because such a target has not been set in any strategic document and Russian channels are not perceived as a threat to the country. There are also no known initiatives concerning cyber-security.