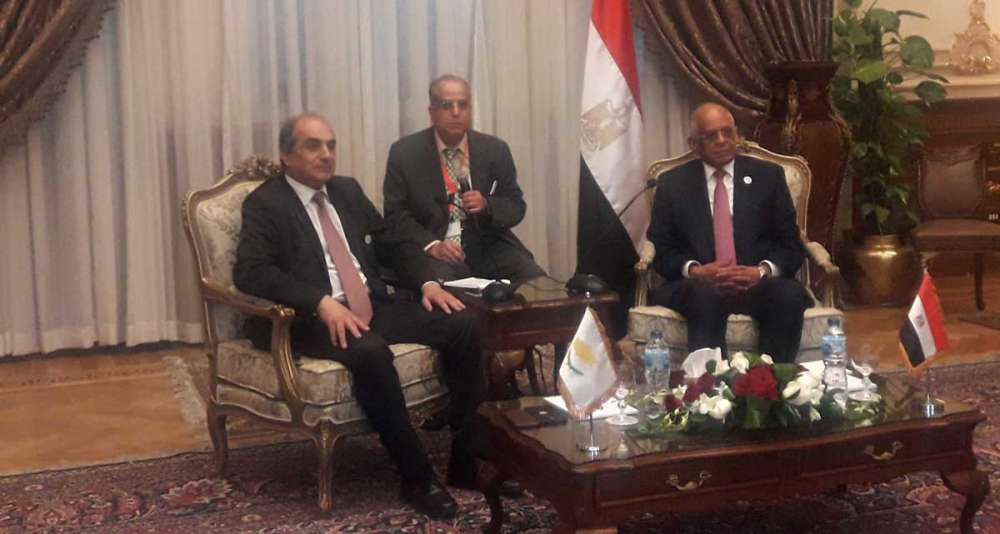 Egypt remains Cyprus’ powerful supporter at international fora, said Ali Abdel Aal, Speaker of Egypt’s House of Representatives, during a meeting with his Cypriot counterpart Demetris Syllouris in Cairo. The meeting was held on the sidelines of the Parliamentary Assembly of the Union for the Mediterranean that was held in Cairo.

Welcoming Syllouris, Ali Abdel-Aal referred to the political, economic and social bonds as well as the friendship that the two countries have shared through centuries, a press release said. He underlined that Egypt remains a powerful supporter of Cyprus at international fora, and underlined that Egypt and Cyprus continue to coordinate and cooperate on issues of mutual friendship and to protect the interests of each other. We are determined, Aal said, to continue defending the interests of Cyprus in the Mediterranean waters.

Syllouris agreed with Aal on the relations of the two countries, and expressed the view that the two speakers must work so that with practical ways they will proceed to further strengthen cooperation in various fields of interest. The Cypriot Speaker extended an invitation to his Egyptian counterpart to visit Cyprus to take part in the first, parliamentary, trilateral meeting of Egypt, Cyprus and Greece before the end of the year.

By In Cyprus
Previous article
Vassiliou: “Cyprus’ future is linked with the future of the EU”
Next article
Elena Georgiou (E-Geou) Fashion Designer