Efforts for Cyprus to join US Visa Waiver Programme stepped up 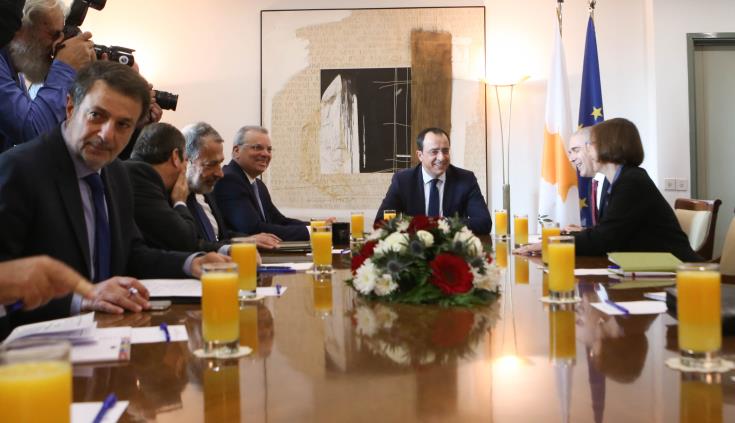 Nicosia and Washington on Tuesday agreed to accelerate their efforts to include Cyprus in the United States’ Visa Waiver Programme, with the two sides setting up a Working Group to deal with this matter.

The meeting is part of the effort to further strengthen Cyprus-US cooperation on a wide range of issues, including the process to abolish the need for Cypriot passport holders who want to travel to the US to obtain a visa.

During the meeting the two sides reviewed the progress achieved so far in relation to Cyprus’ inclusion to the Visa Waiver Programme and decided to immediately set up a Working Group, with competent officials from both governments, to accelerate the efforts and successfully conclude the process the soonest possible.

It is noted that they also discussed ways to further develop bilateral relations, and that they exchanged views on developments in the Eastern Mediterranean and the Middle East, which highlight the positive role Cyprus is playing as a factor for stability and security in the broader region.

Finally, the two sides agreed to continue their bilateral contacts on all levels, in order to monitor and deal with consular affairs, withing the framework of their contractive and mutually beneficial relationship.

By In Cyprus
Previous articleHearts of Gold Cyprus 2019 nominees announced, ceremony postponed
Next articleRome bans all diesel cars in battle to curb pollution