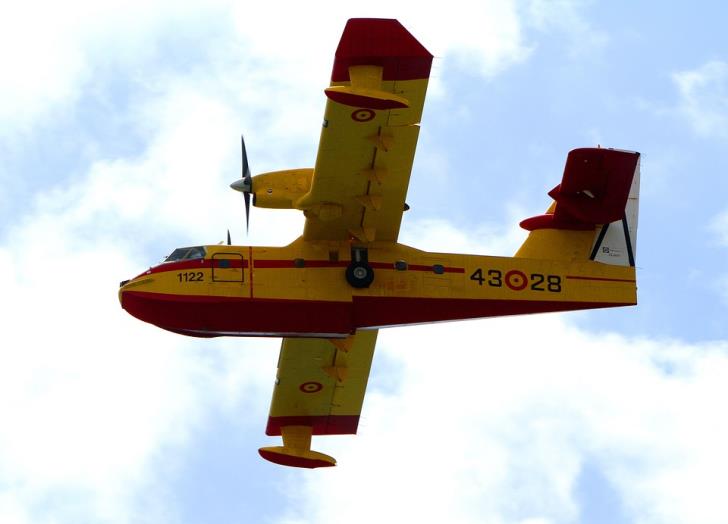 A firefighting airplane of the Forestry Department remains grounded because authorities cannot find a pilot, while an agreement to lease two helicopters for the same purpose has still not been signed, Phileleftheros reported on Thursday.

It said that these were among the issues discussed at a high level meeting held yesterday as government departments prepare for what is expected to be a particularly difficult summer in tackling fires.

The head of the Forestry Department Charalambos Alexandrou said that pilots have not expressed an interest because they consider the salary  — €11,500 a month — to be too low. Justice Minister Ionas Nicolaou undertook to resolve the problem by contacting pilots who had expressed an interest to fly police helicopters.

As regards the two helicopters leased by authorities every year to help firefighting efforts, it emerged that the tender launched by Forestry Department had been cancelled and direct negotiations are underway with the company which has expressed an interest and which had leased the helicopters in recent years.

Nicolaou said that all police helicopters will be available and said it was essential that all government departments are ready.

Defence Minister Savvas Angelides said the army should become more involved in fighting fires, while Interior Minister Constantinos Petrides said that there were 3875 fires last year, some of which could have developed into very dangerous fires for forest areas and communities.

He said that because of the dense vegetation following the heavy rains, this summer was expected to be a particularly difficult one and did not rule out additional extra measures being taken.

District officers said that work was already underway to clear the vegetation but said that extra funds would be required.

A new meeting will be held on May 15 to review preparations.

By In Cyprus
Previous article
Court orders release of asylum seeker suspected of terrorism
Next article
Cystat: House Price Index up an annual 1.6%