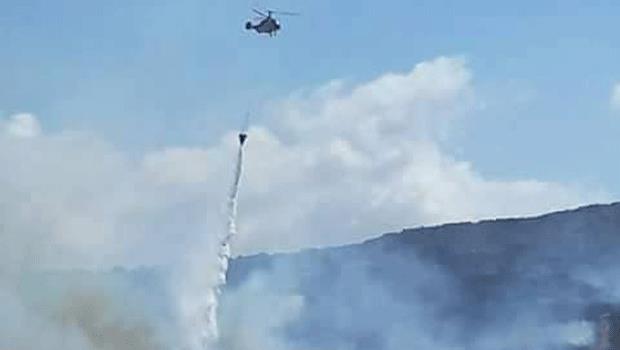 Arson is now almost irrefutable as the cause of the Kouklia-Dora blaze still burning out of control on a number of fronts between the Limassol and Paphos districts.

The Paphos police reported that the fire broke out on at least six fronts, confirming its arson fears. They are also taking testimony from dozens of people, most of them locals in order to establish exact cause.

According to eye-witness accounts, a number of cars were seen moving in the area in the early hours, just before the fire broke out and authorities are investigating whether the drivers are involved.
Firefighters on the ground are tackling the blaze with more than thirty vehicles and supported by 9 planes and helicopters.
By Constantinos Tsintas
Previous articleNo private vehicles on forest roads until August 17 to prevent fires (update)
Next articleLebanon donor teleconference tomorrow, under UN and French auspices