Demonstration in Dherynia for Famagusta, as Erdogan scheduled to arrive for illegal visit 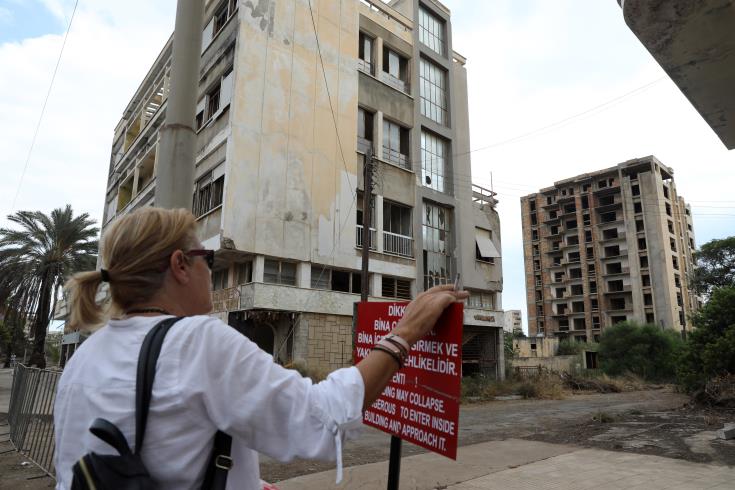 Famagusta Municipality is organising a demonstration on Monday evening, as Turkish President Tayip Erdogan arrives in the Turkish occupied north of Cyprus later Monday for an illegal visit, a day before the 47th anniversary of the Turkish invasion of the island.

Erdogan is arriving to the Turkish-occupied areas on Monday for an illegal visit and has already said that he will be making announcements as regards the status of the fenced off town of Varosha, Famagusta region. President of Cyprus, Nicos Anastasiades, expressed hope that intense diplomatic efforts by the Republic of Cyprus will prevent further threats by the Turkish President  during his illegal visit to Turkish-occupied Cyprus on the anniversary of the 1974 Turkish invasion.

The demonstration under the name “We are Famagusta” will take place at the municipality’s cultural centre in Dherynia, a few steps away from the Turkish occupied areas at 1900. The municipality has arranged for busses from all towns to transfer those wishing to take part in the demonstration at Dherynia.