Decision on if and how consultations continue rests on Lute, government says 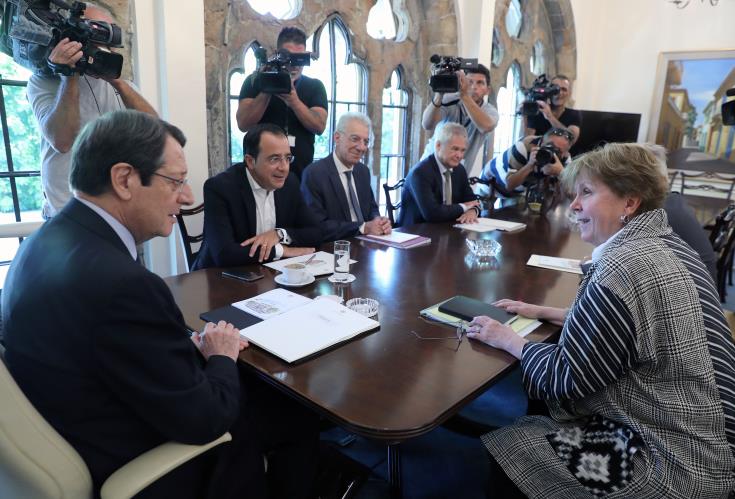 Today’s meeting between President Nicos Anastasiades and the UN Secretary-General’s special envoy on Cyprus Jane Holl Lute was “productive,” Government Spokesman Prodromos Prodromou said on Sunday, adding that Lute will decide whether and how the consultations will continue on Monday.

Prodromou did not rule out the possibility of Lute holding a joint meeting with Anastasiades and Turkish Cypriot leader Mustafa Akinci.

Lute did not make any statements after her meeting with Anastasiades. Later on today, she will meet with Akinci.

President Anastasiades, he added, raised the matter of Turkey’s illegal actions within Cyprus’ EEZ and territorial waters and generally the Turkish side’s provocations as well as the serious issue related to the illegal interventions and announcements regarding the fenced – off part of the city of Famagusta.

“Consultations are likely to continue tomorrow. A joint meeting cannot be ruled out, if this is going to be helpful,” he noted.

Asked if Lute conveyed a message from the UN chief, the spokesman pointed out that she is working on the effort to draft the terms of reference so that negotiations can resume.

Replying to other questions, he said that President Anastasiades has already put forward proposals “because the objective is to resume substantial negotiations.”