Cyprus’s participation in the 2020 Tokyo Games a bittersweet experience 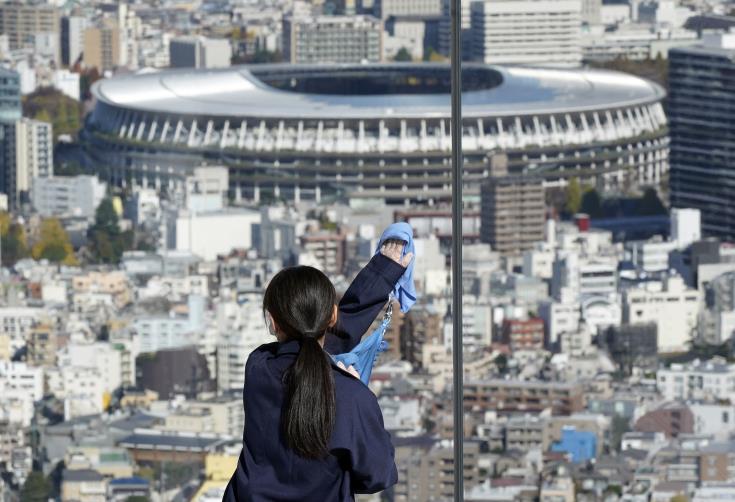 The Cypriot presence at the Tokyo 2020 Olympics has been described as successful as the 15 sports men and women gave their best performances, despite returning home without a medal.

According to the Union of Sports’ Writers of Cyprus correspondent in Tokyo, Argyris Argyrou, during the 32nd Olympics, two Cypriots came close to winning medals, Pavlos Kontides who ranked 4h in the Laser (sailing) and Andri Eleftheriou who ranked 7th in skeet (shooting).

Two more athletes who were only one step away from the top eight, George Achilleos in skeet, after finishing 9th and gymnast Marios Georgiou who was competing in the Men’s Artistic individual All-around and also ranked 9th.

Nine of the athletes had previously participated in Olympic Games while for six it was their maiden effort. George Achilleos of shooting and Andreas Kariolou of RS:X sailing participated for the fifth time while track and field athlete, Eleni Artymata has four participations.

Pavlos Kontides was first in the three first days of the Laser games while on the fourth day, as he was clearly in the second place, a penalty cost him 36 points, finished 24th in the race and could not climb up to the first three in the medal race, finishing fourth. Clearly disheartened, Kontides said the fourth place felt like receiving a “wooden” medal.

Kariolou ranked 12th in the RS:X, improving his rank in the previous Games of Athens (2004), Beijing (2008) where he ranked 13th.
Two new athletes in sailing, Marilena Makri (Laser Radial) and Natasa Lappa (RS:X), said the Tokyo 2020 Games were an amazing experience and motivates them for the Paris 2024 Games. Makri ranked 33rd and Lappa 21st.

In Shooting, Cyprus was only a breath away from the medal race as George Achilles ranked 4th with another five athletes. Also in shooting, Demeris Constantinou ranked 12th with 121/125 discs.

Eleni Artymata, Cyprus’ track and field sprint athlete, ranked 5th in the Women’s 400m semi-finals on Wednesday in Tokyo’s 2020 Olympic Games with 50.80. Although she did not qualify for the finals, Artymata’s effort was described as excellent after breaking her own record of 51.14 achieved in 2018. Ranked as the third best European athlete in the Women’s 400m, Artymata now qualifies for the World Athletics Championships that will take place from July 15–24, 2022  in Eugene,  Oregon in USA.

Apostolos Parellis in the men’s discus throw ranked 16th while Milan Milan Trajkovic in the Men`s 110m hurdles semi finals hit on the last two hurdles and was eliminated from the finals.

Two siblings, Kalia and Nicholas Antoniou, made their first appearance in Olympic Games at 21 and 17 years old respectively. Their performances were close to their home records and left the Olympic Games with great experiences.

Cyclist Andri Christoforou had the worst experience in the Olympics after being hit by the Austrian delegation’s car and being stopped by judges on the grounds that she exceeded the time frame. These unfortunate events did not give Christoforou the chance to complete the 137km race.

Marios Georgiou, who opened the Games for the Cypriot participations had three falls from the pommel horse and ranked 9th in the horizontal bar.