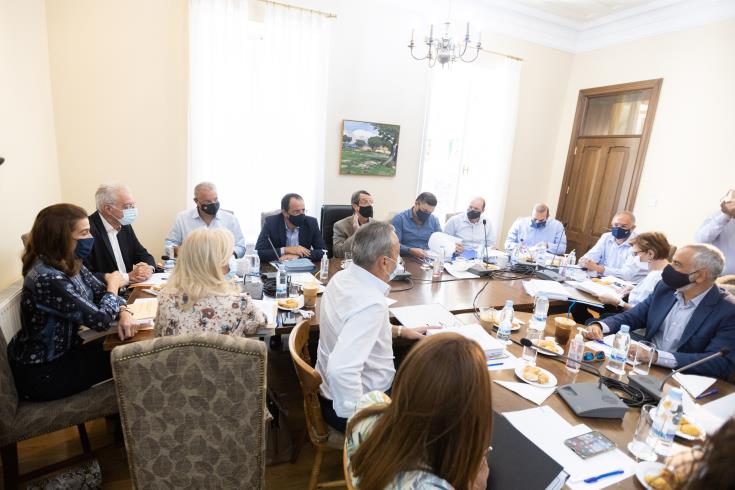 The government of the Republic of Cyprus announced it will revoke Cyprus’ passports held by fourteen “officials” of the Turkish northern occupying regime as well as members of the “committee for the opening of the fenced-off city of Varosha”, Government Spokesman Marios Pelekanos announced on Monday.

Furthermore, Pelekanos announced that Cyprus will submit a 5th interstate appeal to the European Court of Human Rights of the Council of Europe (ECHR) against Turkey’s plans to alter the status of Varosha, the fenced off area of Famagusta.

Reliable sources said that the passports to be revoked concern ten members of the so-called cabinet of the occupying regime and four members of the “committee” established for the opening of Varosha.

In his statements, Pelekanos said that “the Council of Ministers decided during his meeting today to revoke or not renew or not issue Republic of Cyprus passports to a number of persons who either have participated in the so-called cabinet of the pseudo state, or are members of the committee for the opening of Varosha and who undermine with their actions the sovereignty, independence, territorial integrity and security of the Republic of Cyprus, contrary to the provisions of the Constitution.”

Pelekanos underlined that “they are the same persons, whom with concrete hostile actions against the Republic of Cyprus promote the implementation of Turkey`s plans to change the status of the fenced off are of Varosha, in contradiction with the UN Security Council resolutions and more specifically resolutions 550 and 789, related to the fenced off area of Famagusta.”

Moreover, Pelekanos announced that the Council of Ministers decided to ask the Attorney General to move with the submission of the 5th inter-state application with regard to what happened and the actions of Turkey and the occupying regime within the fenced off area of Famagusta, as suggested by the opinions of renowned legal advisors whom the Republic of Cyprus has consulted.”

By gavriella
Previous articleRapid antigen testing units – Tuesday, 24 August 2021; who is eligible
Next article333 new cases of COVID-19, one death on Monday