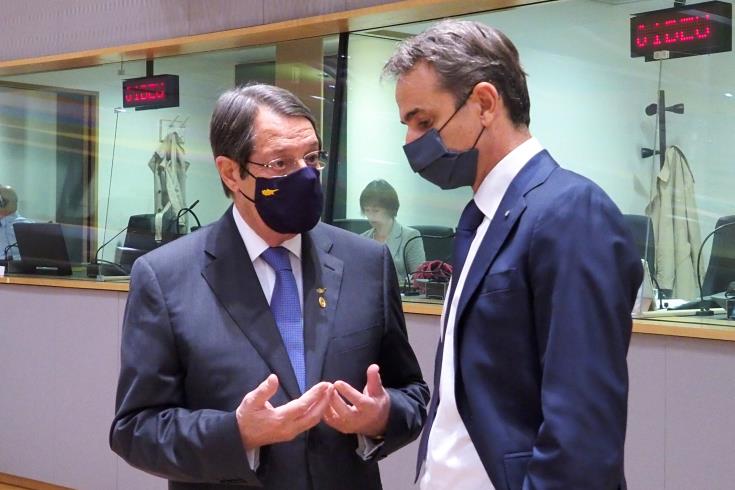 Cyprus President, Nicos Anastasiades, will attend celebrations organised by the Hellenic Republic, in Athens, to commemorate 200 years since the 1821 Greek War of Independence.

According to a press release issued by the Presidency, the President will represent the Republic of Cyprus at the military parade that will take place on March 25, in the Greek capital, and will hold meetings with the Greek political leadership and foreign officials.

On March 24, President Anastasiades will have a private meeting with the Prime Minister of Greece, Kyriakos Mitsotakis, at the Maximos Mansion. The two leaders will afterwards make statements to the media.

Later on he will meet with the President of the Hellenic Republic, Ekaterini Sakellaropoulou, at the Presidential Mansion.

In the afternoon the President will have a bilateral meeting with the New Prime Minister of the Russian Federation, Mikhail Mishustin, who will be in Athens as a guest of the Greek government to attend the celebrations.

Later on the President will attend, accompanied by his spouse Andri Anastasiades, an event organised at the National Gallery.

In the evening the President will attend and address an official dinner hosted, at the Presidential Mansion, by the President of the Hellenic Republic in honour of the heads of state invited to participate in the celebrations.

On March 25 the President will watch the military parade that will take place at Syntagma Square, after which Sakellaropoulou, Mitsotakis and the heads of state attending the celebrations, including President Anastasiades, will make brief statements.

By gavriella
Previous article
Parents not satisfied with decision on Gymnasiums
Next article
Where to get a rapid test on Wednesday, 24 March