Cyprus President: No prerequisites by Turkey will be accepted for reunification talks to resume 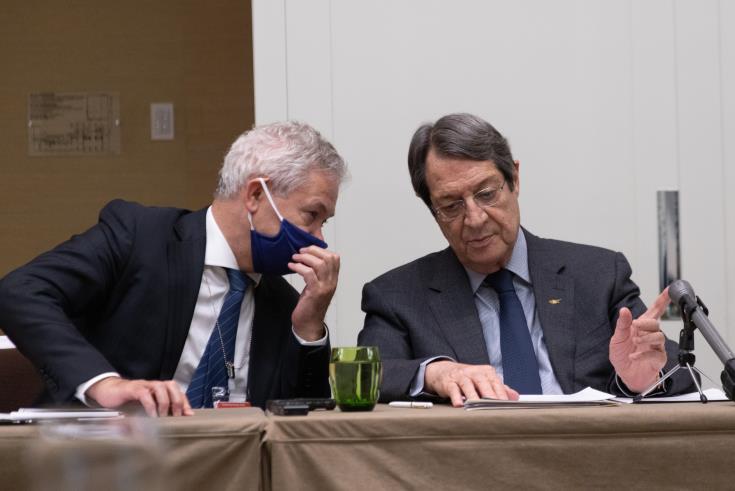 President Nicos Anastasiades has sent the message he will not accept any prerequisites put forward by Turkey in order for the UN-brokered reunification talks on divided Cyprus to resume.

Speaking to the press on Friday evening, the President also said there is common ground for the talks to resume and that this is the UN Resolutions, UN Security Council decisions and the EU acquis. As well as everything that has been agreed so far based on international law and order.

He then pointed out that the occupying force needs to realize once and for all that what is fair cannot be imposed by military means but by the UN Chart and the EU values and principles.

He referred to principles that dictate respect, adding that principles prompt that the minorities cannot rule the majority, clarifying that by saying this he does not refer to political equality that is a norm in every federation.

The President noted that he made reference to the fact that minorities cannot rule the majority as some want to turn the Cyprus Republic into Turkey`s protectorate, by using the Turkish Cypriot community. He said that this cannot be accepted as it is not permitted by the rule of law or the obligation and duty to our heroes.

President Anastasiades said once again that he made it clear to the UN Secretary General and the EU Council that our side is ready to engage into a new dialogue for the Cyprus solution.

However this dialogue needs to have the rules of respect adding that this respect is the number one rule in every viable state that respects the basic rights and freedoms.