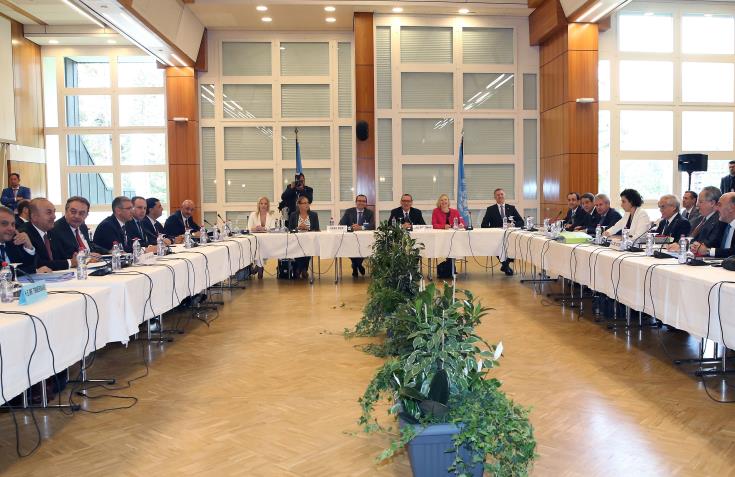 The interest exhibited by  UN Secretary General Antonio Guterres to continue the negotiations for a Cyprus settlement was underlined on Saturday by Government Spokesman Prodromos Prodromou.

Invited by the Cyprus News Agency to comment on remarks made by Guterres in a report on his Good Offices Mission in Cyprus,  an unofficial copy of which was handed to members of the Security Council, Prodromou underlined the interest by the UNSG to continue the negotiations.

Prodromou said the SG himself, in his report, indicates that he is intending to appoint an envoy, something which verifies an appeal made by Cyprus President Nicos Anastasiades to Guterres from the start for a resumption of the negotiations from the point where the negotiations were interrupted at Crans Montana on the Guterres Framework, and for a proper preparation to take place.

The Spokesman reminded that President Anastasiades did not set preconditions, as some had said he did. “He meant exactly what the SG is proposing, for an envoy to sense the surroundings and ascertain if there is real readiness,” Prodromou noted.

“We hope that the Turkish side will show will because, as it is known, there has been no interest on the part of Ankara for an envoy to be appointed. In any case our side is ready”, he added.

The Spokesman said the SG refers to the positions of both President Anastasiades and Turkish Cypriot leader Mustafa Akinci and “apparently ascertains that it is worthwhile to make an effort for the negotiations to resume”.

It shows that there is an interest, Prodromou said, adding that our side is satisfied with the fact that there is reference to the six-point framework amongst which, two are sine qua non, ie, the abolition of guarantees and Turkey’s intervention rights and the withdrawal of the occupation army.

According to the advance copy of the Report of the Secretary-General on progress towards a settlement in Cyprus for the information of the members of the Security Council, the UNSG said that “I believe there is still scope for the sides to act responsibly and decisively in order to chart a common way forward for the island”.

Guterres also said that in the coming period, he intends to send a senior United Nations official to conduct in-depth consultations with the parties. “The consultations will provide a more formal, structured, and detailed channel for the parties to convey to the United Nations the outcomes of their reflection since Crans-Montana and to help determine whether conditions have or have not matured at this stage for a meaningful process. I encourage the parties to recognize the importance of this exercise and to seize the opportunity accordingly,” he noted.

Moreover, the UNSG said that “it is my firm belief that, for a process of such complexity and political sensitivity to be successful, a balanced and comprehensive package approach on specific key issues needs to be followed”.

“Should the sides jointly decide to resume talks, the six-point framework that I introduced in Crans-Montana on 30 June 2017 could form the basis for negotiations aimed at reaching a strategic agreement and paving the way for the comprehensive settlement. The framework contained elements related to territory, political equality, property, equivalent treatment, and security and guarantees. I introduced it in an attempt to help the parties resolve the remaining core outstanding issues interdependently and overcome the challenge of negotiating across chapters,” he noted.

The report on his mission of good offices in Cyprus focuses on developments from 12 August 2017 to 21 May 2018. It will be issued as a document of the Security Council under the symbol S/2018/610.