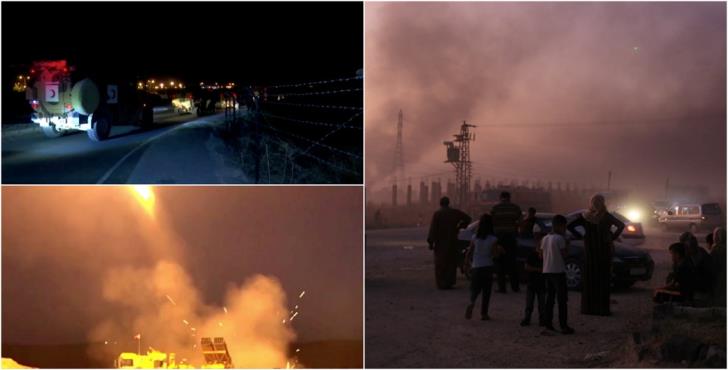 The Ministry of Foreign Affairs of the Republic of Cyprus unequivocally condemns the new military invasion by Turkey in north-east Syria and calls upon Turkey to immediately cease all military activities.

According to a statement issued here today by the Ministry, the Turkish invasion is a gross violation of international law and of the United Nations Charter. It is also undermining progress achieved in the fight against Da’ esh and creates the conditions for a dynamic return of the jihadists in the areas concerned.

Furthermore, it derails the political process to solve the Syrian conflict, right after the hopeful development of the agreement on the composition of the Constitutional Committee.

“We express our utter condemnation in any efforts of social engineering regarding the local population in North-East Syria. The Turkish military invasion will result in a wide-spread humanitarian tragedy and in a great increase of refugee flows” the Ministry says in its statement.

The Ministry also calls upon Turkey to fully respect the sovereignty, unity and territorial integrity of Syria. There is no other path to the resolution of the Syrian conflict other than the political process, with the full implementation of the Geneva Communique and of all the provisions of UNSC RES 2254 (2015), the statement concludes.