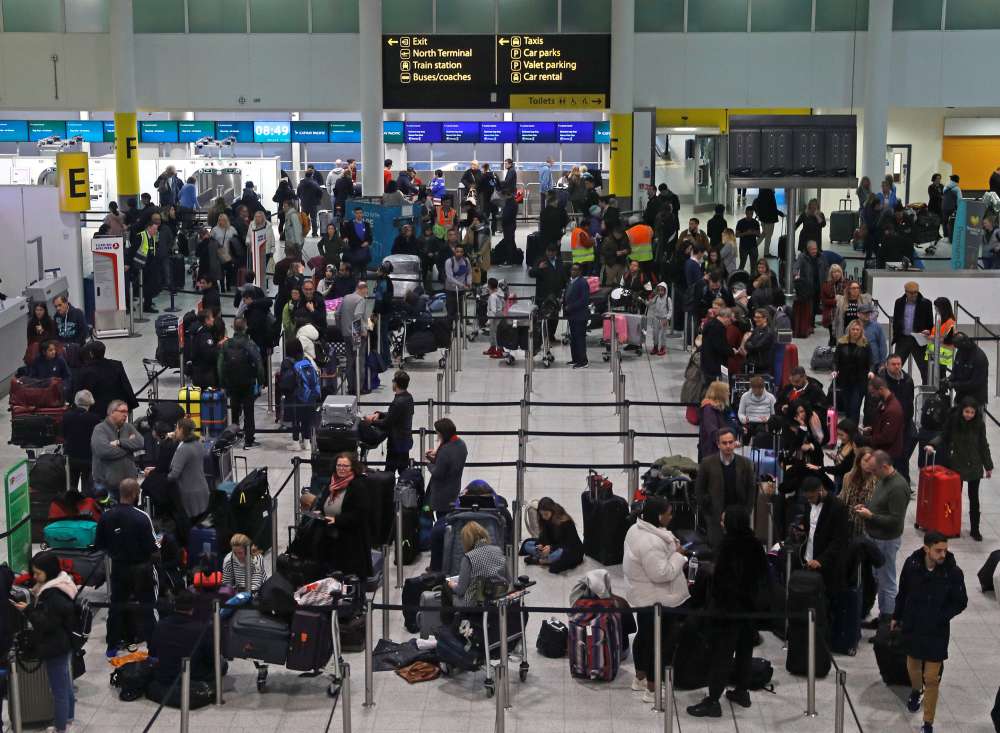 Passengers flying in and out of London Gatwick will face at least another 24 hours of disruption after several drone sightings forced Britain’s second busiest airport to shut its runway, causing delays to thousands of Christmas travellers.

As a result, easyjet’s flight to Paphos has been delayed and its flight to Larnaca later today cancelled.

According to Eurocontrol, the airport will remain closed until at least 4 pm UK time.

Authorities at Gatwick halted flights at 2200 GMT on Wednesday after two drones were spotted flying near its airfield. Over 20 police units were searching for the drone operators on Thursday, when the airport had expected to handle around 115,000 passengers.

Gatwick‘s Chief Operating Officer Chris Woodroofe could not say when flights would resume and warned that the knock on effects from the airport closure would last for more than 24 hours.

Police and airport reports talk of sightings of more than one drone. Woodroofe described one of the drones as a heavy industrial drone.

“It’s definitely not a standard, off-the-shelf type drone,” he said on BBC radio. “Given what has happened I definitely believe it is a deliberate act, yes.”

The airport and Gatwick‘s biggest airline easyJet told passengers to check before travelling to the airport.

“We also have the helicopter up in the air but the police advice is that it would be dangerous to seek to shoot the drone down because of what may happen to the stray bullets,” Woodroofe said.

Under British law it is illegal to fly drones within 1 km (0.62 mile) of an airport boundary. The offence is punishable by up to five years in prison.

Gatwick apologised on Twitter to affected passengers, adding that safety was its “foremost priority”.

Gatwick said at least 20,000 passengers had already been affected with hundreds of thousands of journeys likely to be disrupted in the coming days.

Gatwick, which lies 50 km (30 miles) south of London and competes with Europe’s busiest airport, Heathrow, west of London, had previously said Sunday would be its busiest day of the festive period.

An increase in near collisions by unmanned aircraft and commercial jets has fuelled safety concerns in the aviation industry in recent years.

The number of near misses between private drones and aircraft in the UK more than tripled between 2015 and 2017, with 92 incidents recorded last year, according to the UK Airprox Board.

There were multiple reports of drone sightings since the initial report of two drones at 2103 GMT on Wednesday,Gatwick said. The runway briefly appeared to reopen around 0300 GMT before the drones were spotted again.

“These drones have disappeared and then reappeared all night and are, as I speak to you, are on our airfield now,” Woodroofe said on BBC radio at 0745 GMT.

Sussex Police said in a statement that they were continuing to assist airport security teams in the search, with Gatwick saying up to 20 units from two police forces were scouring the area around Gatwick.