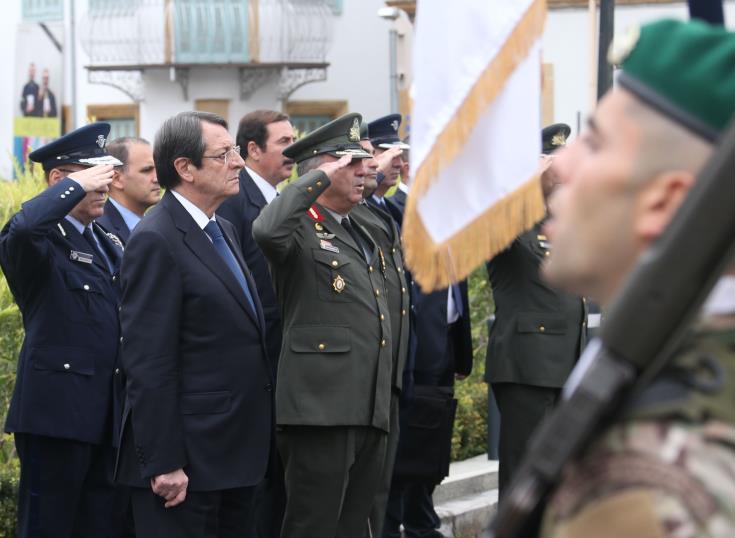 The celebration of OHI day was restricted this year to church services throughout the island, as the pandemic led to the cancellation of all school parades and outdoor activities.

A military parade in Greece had been cancelled weeks before.

It is the 80th anniversary of a refusal by the Greek government to allow Italian fascist forces under Benito Mussolini a free hand in the country, delaying the axis forces that were forced to fight their way through.

A church service was held at 10 at the Saint John’s Cathedral in Nicosia, with Archbishop Chrysostom officiating. It was attended by President Anastasiades, House Speaker Adamos Adamou, the Greek Ambassador Theocharis Lalakos, Education Minister Prodromos Prodromos and other members of the political and military leadership.

Church services on the occasion of OHI day were held in all major cities.