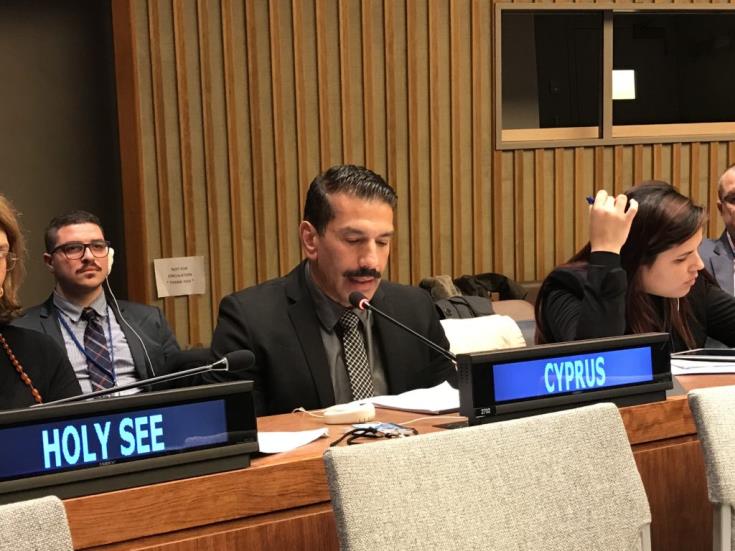 The Republic of Cyprus has undertaken the commitment to voluntarily contribute €50,000 to the United Nations Relief and Works Agency for Palestine Refugees (UNRWA), recognising its important work to the benefit of Palestinian Refugees.

The contribution was announced by Cyprus’ representative Michalis Mavros, during a meeting of the ad hoc Committee of the General Assembly for the announcement of voluntary contributions to UNRWA.

Mavros noted that the Republic of Cyprus recognises the important role of UNRWA in providing aid and protecting millions of Palestinian refugees in the Middle East, as well as its contribution to stability in the region.

He also said that failing to provide those services would have negative repercussions on Palestine and Israel, as well as Jordan, Lebanon, Syria and the whole region.

In January, the Trump administration announced it was withholding $65 million from the earmarked $125 million. A special meeting of donors was held in March, during which $100 million dollars was raised towards the $446 million deficit. Efforts are continuing.