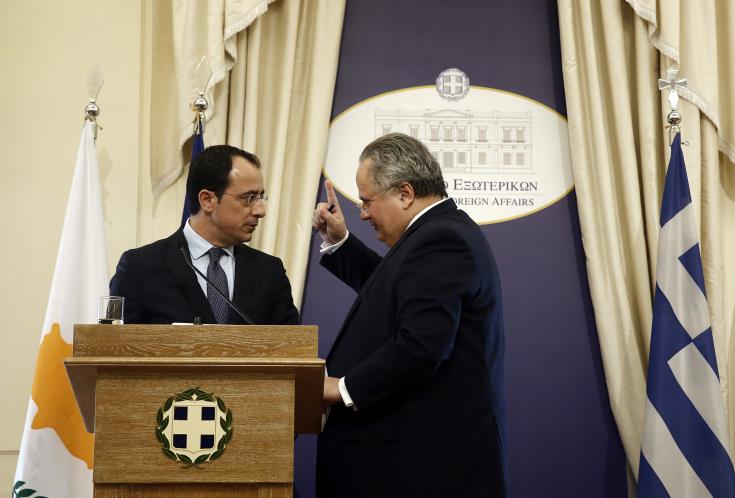 The Foreign Ministers of Cyprus and Greece, Nicos Christodoulides and Nikos Kotzias will meet on Monday in Nicosia to discuss bilateral relations, the Cyprus problem, EU – Turkey relations, as well as European and international current affairs, with special emphasis on regional developments in the eastern Mediterranean and the Middle East.

A statement issued by the Cyprus MFA says that the two men will first have a tete-a-tete meeting to be followed by consultations. The two ministers will then make statements to the press and later Christodoulides will host a working lunch for his counterpart.

Cyprus has been divided since 1974, when Turkey invaded and occupied its northern third. The latest round of UN-peace talks at the Swiss resort of Crans – Montana ended without an agreement. Talks held under the auspices of the UN aim at reunifying Cyprus under a federal roof.