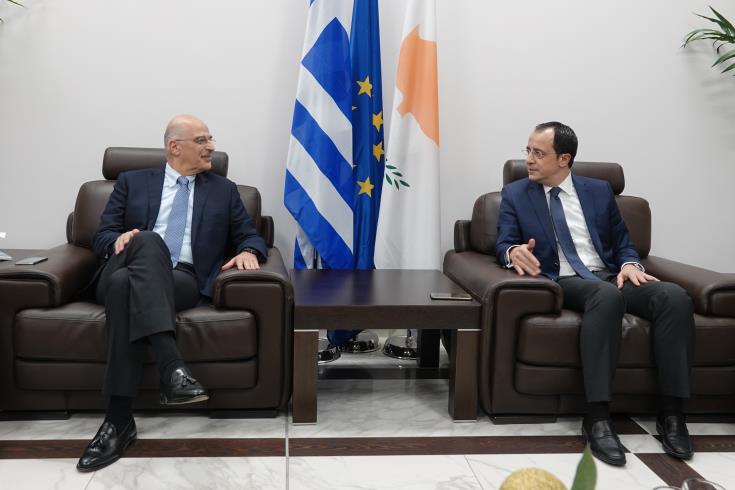 During the meeting with Dendias, at 12.00 noon time, the two Foreign Ministers are expected to discuss bilateral relations, the Cyprus Problem, as well as issues of regional interest. In the context of their meeting, Christodoulides and Dendias will sign a Memorandum of Understanding on Political Consultations and Technical Cooperation between the Cypriot and the Greek Foreign Ministries. After their meeting, the two Ministers will make joint press statements.