Coronavirus: Passengers from northern Italy, South Korea, Japan and Iran to be screened 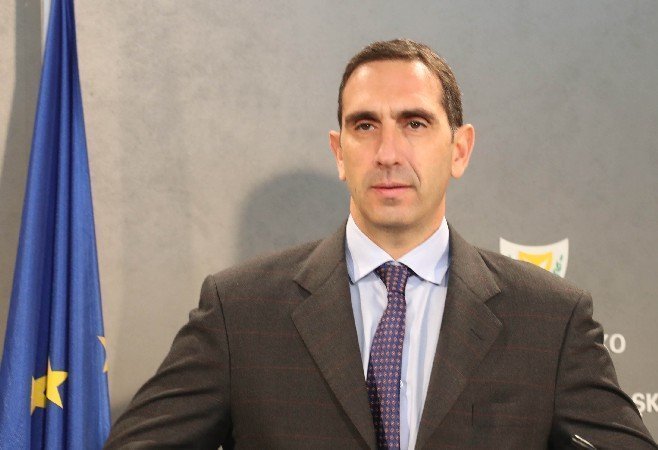 Passengers arriving in Cyprus from northern Italy, South Korea, Japan and Iran — either on direct flights or in transit — will be subject to the same screening protocols as those in place for passengers from China as part of additional measures against corononavirus.

The new measures were announced by Health Minister Constantinos Ioannou after a meeting of the Epidemiological Surveillance Unit.

“From today, northern Italy, South Korea, Japan and Iran where a large number of confirmed cases has been recorded have been added to the high risk countries. Passengers coming from these destinations will be subject to the same checks at the ports of entry of the Republic of Cyprus, as those passengers who come from China,” he said.

That means they will be questioned on the basis of a specific set of questions and depending on the answer, the relevant protocols will be activated, he added.

Morevoer, it was decided that in consultation with airlines, announcements will be made on all airplanes flying to Cyprus that any passenger with symptoms should contact the airport authorities.

The Health Ministry is on alert and has a plan as to what actions should be taken in the event the coronavirus outbreak develops into a pandemic.

“I asked and was given a plan of action should it develop into an epidemic on how it is handled in Cyprus, which will be the reference hospital and how, if the case arises, we will handle dozens of cases,” he said.

He added that two potential sites have been found to accommodate asymptomatic individuals who have come into contact with confirmed coronavirus cases to be quarantinef for 14 days, in line with WHO instructions.

But the minister would not elaborate pending a final decision by the Council of Ministers and in the light of objections from Kannaviou and Kyperounta that had been suggested as possible sites for such individuals.

The Foreign Ministry yesterday issued a travel advisory for Italy and South Korea while 12 high school pupils on an Erasmus programme in Milan are returning home tomorrow after their programme was cancelled because of the coronavirus outbreak.

Anyone with symptoms will be taken to hospital for checks. If they have no symptoms, they will be asked to self-isolate for 14 days. If symptoms do manifest once they go home, they will have written instructions to immediately contact health authorities.

Asked whether there was a shortage of face masks at the pharmacies, Ioannou said that he was not aware this was the case but said there was a worldwide shortage because of the demand in China the past month.

He also said that he had asked the EU for joint purchases to facilitate smaller countries and has submitted the list of what Cyprus needs to Brussels so that these can be supplied.

Asked whether any changes would be introduced at the checkpoints, he said that there too there will be checks for those from high risk countries. A meeting is planned tomorrow with the participation of the Foreigm Interior and Justice Ministrues to assess the situation, he added.