Contested Mathiatis mine restoration to be discussed in parliament 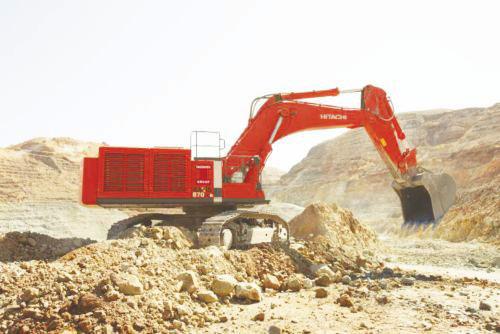 The Hellenic Copper Mines Ltd mining company has expressed its intention to proceed with the restoration of the Strongylos mine in South Mathiatis, starting with removing old mine waste from the area. The issue will be discussed at the next meeting of the House Committee on the Environment on September 5, 2018.

An Environmental Impact Assessment report presented by the company will be examined by the Department of Environment next October on the basis of new legislation that modernises the one which has been in place since 2005.

Meanwhile, groups of citizens have been expressing their opposition to the mining company’s request  and are instead proposing the creation of an archaeological and environmental park in the area.

The Historical and Environmental Protection Group and those affected by the reopening of the Southern Mathiatis mine recall that the Department of Antiquities ‘did not consent to the movement of the three piles of mine waste at the north part of the crater, nor to any interventions inside and near the crater’, since the historic site is included in the Preliminary List of UNESCO World Heritage Sites since 2002.

The works undertaken by the company, including the cutting of trees, drilling and excavations), as they assert, will lead to the alteration and degradation of the important and unique natural and cultural landscape of the Southern Mathiati Mines.

At the same time, they note the particular ecological value of the state forest land in which the proposed UNESCO World Heritage Site is located and add that three important protected species of bats live in the galleries of the ancient mine.

These bats are protected on the basis of Cypriot law, EU directives as well as international Conventions which have been signed and ratified by the Republic of Cyprus.

The Hellenic Copper Mines Company has submitted a new application for the removal of waste and the restoration of the mining site. According to a report written by the company, the initial application concerned, in addition to the collection of waste, the extraction of gold.

Although the extraction could take place under safe conditions, ‘due to the Department of Antiquities’ position for the existence of ancient finds within the mine, the original application was not approved’.

The Historical and Environmental Protection Group said “he company invokes, without sufficient justification and documentation , the alleged pollution of soil and water caused by acidic runoff from the debris. This is a scientifically unfounded argument, as the supposed need to rehabilitate the old Roundhouse is not based on any scientific studies and independent evaluations.’

The groups of citizens of Mathiatis say that the proposed project does not contribute to the recognition, protection and promotion of the cultural and environmental heritage of our country.

On the other hand, any approval and licensing of the proposed project will deprive the local community of an important point of reference proposed by the Republic of Cyprus as a UNESCO World Heritage Site.