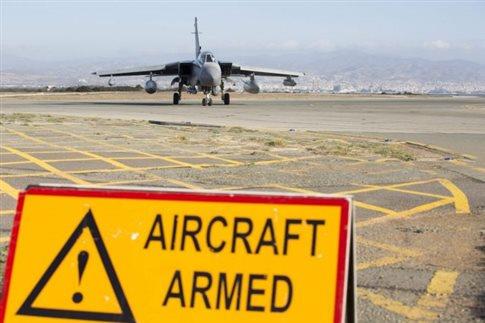 The inhabitants of ten communities in the southwest of Limassol —  Ipsonas, Akrotiri, Kolossi, Erimi, Paramali, Episkopi, Trachoni, Asomatos, Avdimou and Sotira, all within the Sovereign British Areas (SBAs) are fuming at restrictions imposed on their right to develop their properties, remnants of the Treaty of Establishment of 1960, Phileleftheros reported on Monday.

They say they cannot build a house in their village if they own other property in a residential area. They are also not entitled to build more than one residence regardless of the size of the land plot they own, which, in fact, cannot exceed 240 square metres.

In addition, only those who are citizens of any of the ten communities have the right to acquire residence in the SBAs.  A Cypriot citizen (but no foreigner except an English national) may purchase land in these areas, but without the right to use it for residential purposes.

Despite the fact that seven out of the ten communities cover dozens of kilometres in the area of Akrotiri and the bay of Limassol, they do not have access or rights to the beach after the signing of the Treaty of Zurich and the granting of the area to the British. Similarly, they do not have the rights for extension to the hinterland where, among other things, there are rare flora and fauna species.

The serious problems faced by these communities have been repeatedly raised to the British Bases, the competent ministers, deputies and competent government agencies with Erimi Community leader Panicos Hadjihambis saying that residents are running out of patience.

The basic demand of the ten communities which are located in areas under the control of the Akrotiri and Episkopi Bases is a settlement of the issue of urban areas as soon as possible so that they can use their property, as is the case with all other citizens of the Republic of Cyprus.

Notwithstanding the agreement signed in January 2014 between the Government of the Republic of Cyprus and the Government of the United Kingdom concerning the regulation of the development of property situated within the boundaries of the British Bases nothing has been done to provide a solution to the problem, he added.