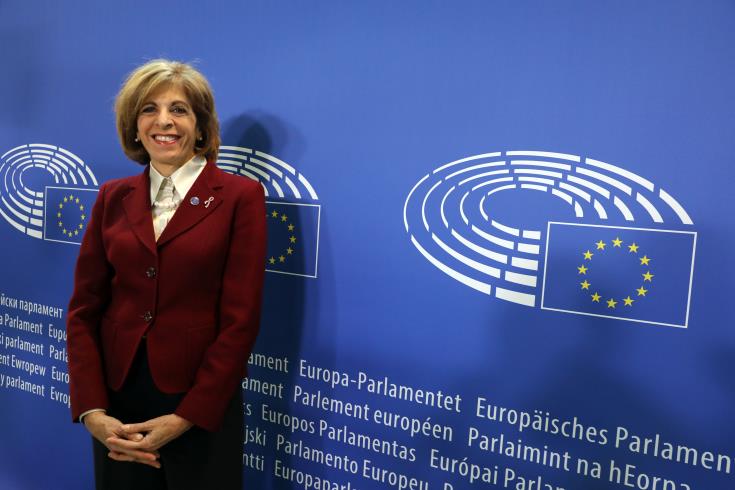 Commissioner for Health and Food Safety, Stella Kyriakides underlined that the Commission will monitor the situation closely regarding the illegal trade in companion animals and will work with Member States and stakeholders to ensure illegal trade in cats and dogs in the EU is brought to an end.

Speaking before the European Parliament plenary on Tuesday evening on protecting the EU’s internal market and consumer rights against the negative implications of the illegal trade in companion animals, Kyriakides said she feels quite strongly about this issue and is something that “we, like the Parliament, are committed to controlling and stopping”.

The welfare of companion animals in the EU is mainly regulated at national level. Member states have sole competence for cat and dog welfare and sole responsibility for the identification, registration and conditions for keeping and moving these animals within their national territory, she said.

She further said that clear rules apply to both commercial and non-commercial movements – and cover both animals moved within the EU, and those entering from outside.

These rules are mainly designed to protect animal health and prevent the spread of  serious animal diseases, in particular, rabies. They also ensure any dogs and cats entering the EU or moved between countries are properly identified and vaccinated. Where illegal trade in cats and dogs is identified, it is therefore not usually due to a lack of legislation, she said but rather that because the legislation that is in place is not properly enforced by the Member States.

And that is where we need to collectively devote our energy, Commissioner Kyriakides remarked.

The new Animal Health Law — which will become applicable in April 2021, she said, made important changes. It requires compulsory registration of all establishments breeding dogs and cats and all transporters who take dogs and cats between Member States.

It also obliges Member States to approve all shelters and assembly centres from which dogs and cats are moved to other Member States.

These new measures help to control trade of companion animals better, adding that what is crucial is for these rules to be properly applied and enforced  through actions such as an EU Coordinated Control Plan on the online sale of dogs and cats and the voluntary initiative launched in the framework of the EU animal welfare platform — the Subgroup on Health and Welfare of Pets.

She also referred to the training provided for national authorities via the “Better training for safer food initiative”, encouraging best practices to control imports and trade of dogs and cats.

We believe that the legislative and non-legislative initiatives now in place will help prevent illegal trade in dogs and cats said Kyriakides, adding that  one element the new rules do not cover is the development of interconnected databases, noting that at this stage a cross-sectorial EU Action Plan is not foreseen either.

“We will, however, and I want to be very clear on this, monitor the situation closely and continue to work with Member States and stakeholders to ensure illegal trade in cats and dogs in the EU is brought to an end,” Kyriakides noted.

By In Cyprus
Previous articleLecture: Inter- and intra-communal relations in Ottoman Cyprus
Next articleLimassol: Police looking for handbag thief