Christodoulides: Maintaining the Iran deal is crucial for peace in South East Mediterranean 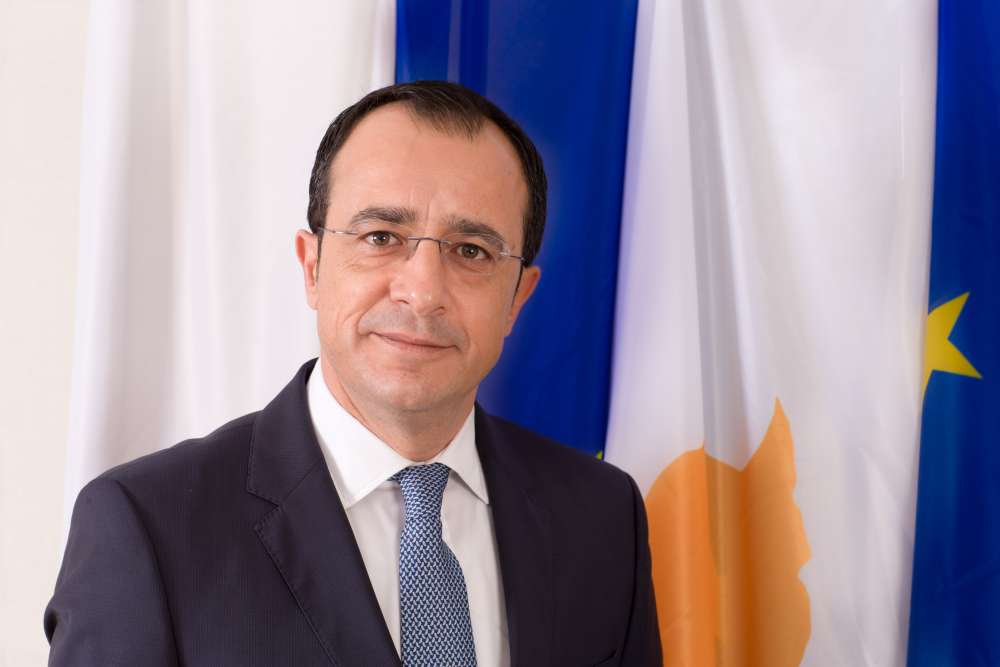 Maintaining the international agreement on Iran`s nuclear program, JCPOA, following the withdrawal of the United States, is a crucial element for security in the South East Mediterranean region, in Europe, but also for the global nuclear non-proliferation architecture in general, Cyprus` Foreign Minister Nikos Christodoulides stressed during the EU28 debate on the matter, at the Foreign Affairs Council in Brussels.

The Foreign Minister, who took part in the works of the Council today, made a series of interventions, including one during the talks on the situation in Gaza and the Palestinian issue in general, where he expressed Cyprus`s readiness to build on its close relations with all the parties involved as well as other actors in the region, to help strengthen their dialogue with the EU and address the different approaches presented.

In addition, Foreign Minister Christodoulides briefed his counterparts on the results of his recent visits to Saudi Arabia and Russia, attended a working breakfast with Skopje`s Foreign Minister Nikola Dimitrov and on the sidelines of the Council, he had a meeting with his Greek counterpart Nikos Kotzias. During that last meeting, the Greek Foreign Minister briefed Christodoulides on the outcome of his meetings in Washington and on his discussions in relation to the Cyprus problem he had with the UN Secretary General.

In particular, during the debate on Iran, the Cypriot Minister referred to the EU`s approach to continue the implementation of the JCPOA agreement, provided Iran remains committed to fulfilling its obligations. Despite any problems, maintaining the agreement is an important element for the security of the South East Mediterranean region, Europe but also in general the global architecture for non-proliferation, the Foreign Minister stressed.

At the same time, Christodoulides stressed the need to avoid behaviour and approaches that threaten security in the region and / or are destabilizing states in the region.

Later on, during a working lunch where Foreign Ministers exchanged views on recent developments in the Gaza Strip, Christodoulides underlined the need for the EU, in cooperation with all stakeholders, to work to prevent further escalation of the situation. An important element in achieving this goal is intra-Palestinian reconciliation and, therefore, the efforts made by supporting the initiative of Egypt should be boosted, Christodoulides said. In addition, the Foreign Minister referred to the need for the EU and the international community to take immediate action to alleviate the humanitarian situation in Gaza.

Finally, the Minister expressed Cyprus` readiness to build on the close relations it maintains with all parties involved and other actors in the region to strengthen their dialogue with the EU and address the different approaches.

By In Cyprus
Previous articleGreece, FYROM edge closer towards resolving name dispute
Next articleTen-year-old girl dies as carriage flies off a Ferris wheel and crashes to the ground in India (Video)