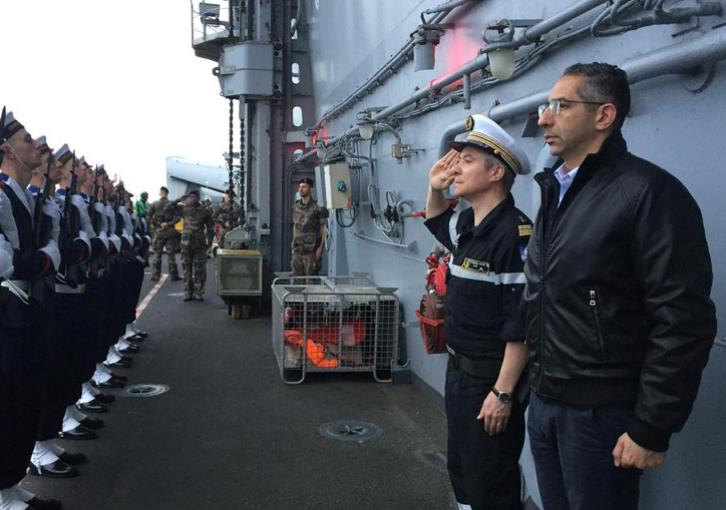 The 2000 crew Charles de Gaulle has visited Limassol before in 2010 and 2016.  It will remain in port until February 26 and will be visited by President Nicos Anastasiades tomorrow. 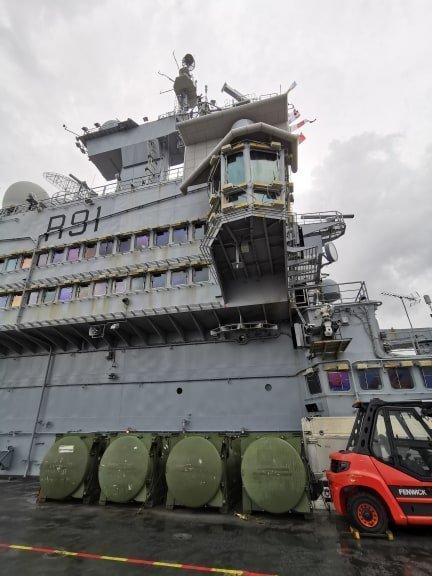 The multi-mission Frigate Auvergne will dock in Larnaca.

The 🇨🇾 defense minister @AngelidesSavvas came aboard aircraft carrier Charles de Gaulle before her port call in Limassol. He familiarized himself with the operations carried out by the aircraft carrier group since its arrival in the Eastern Mediterranean. #Cyprus pic.twitter.com/GeLi2jwgF0

After leaving Toulon on January 21, the aircraft carrier group forming Task Force 473 around aircraft carrier Charles de Gaulle, has been conducting operations in the Middle East for the last four weeks as part of the international coalition against ISIS (Inherent resolve. 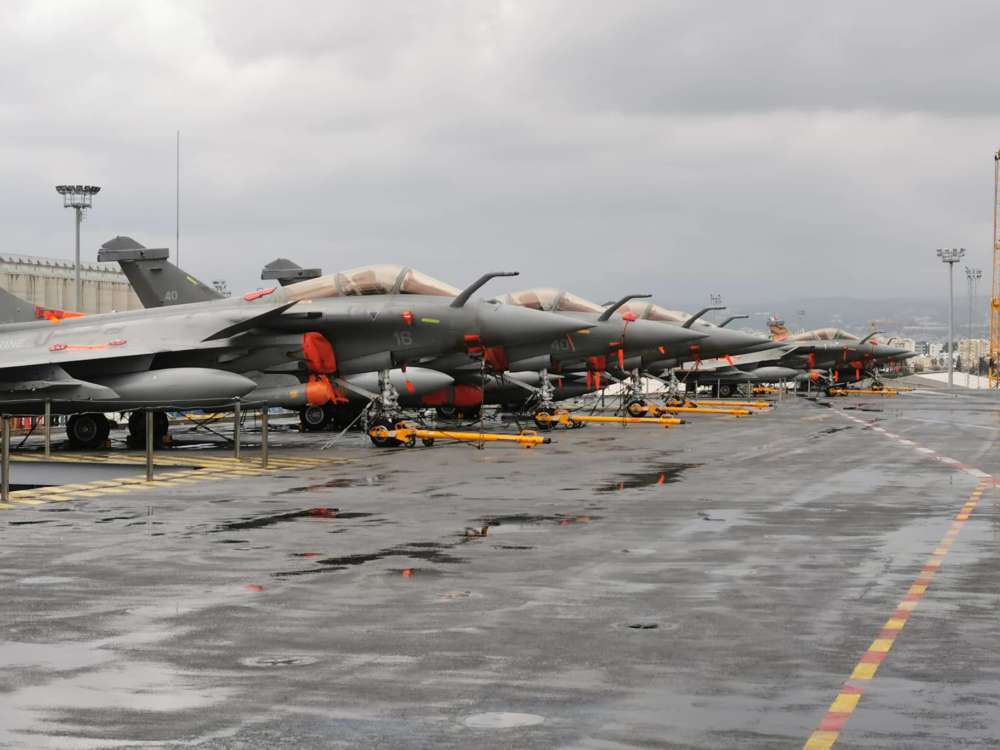 The port call of aircraft carrier Charles de Gaulle in Limassol illustrates the close relationship between France and Cyprus as part of the European Union, the French embassy said.

During its presence in the vicinity of Cyprus, the French aircraft carrier group has been conducting several exercises with the Cypriot National Guard. 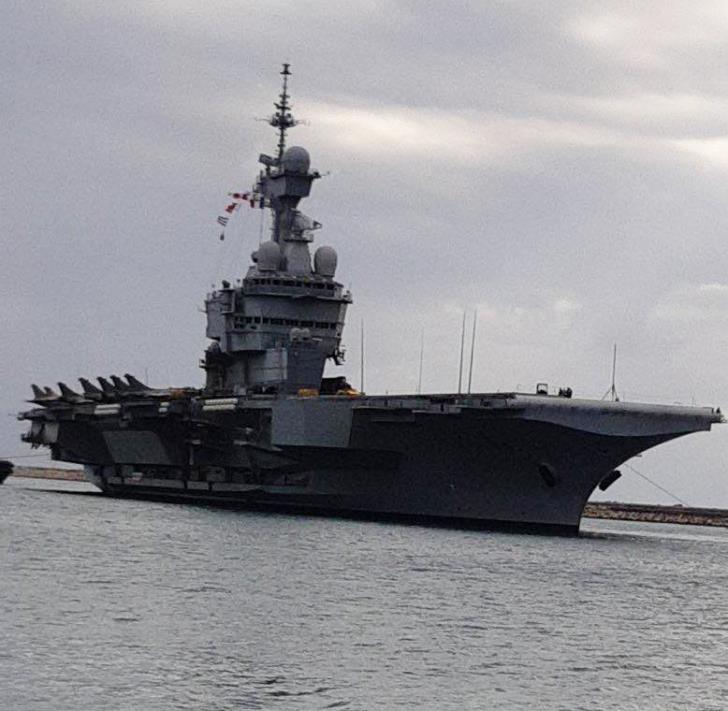 THE COMPOSITION OF THE AIRCRAFT CARRIER GROUP

Throughout the deployment, various French* and foreign ships (German, American, Belgian, Spanish, Dutch and Portuguese) as well as a maritime patrol aircraft Atlantique 2 will accompany or interact with the naval air group.