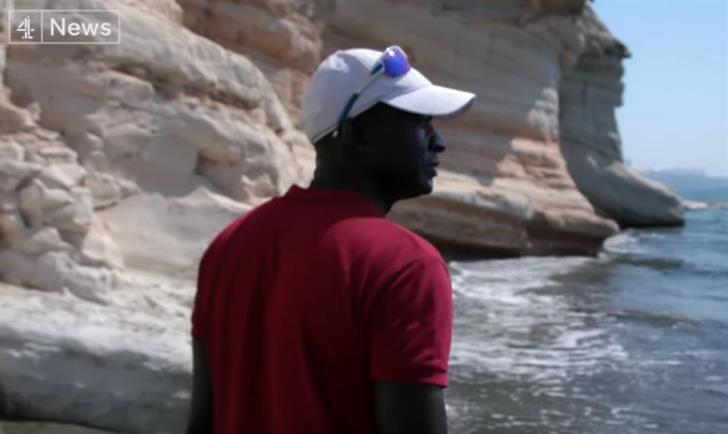 A Channel 4 reportage, released on Monday, explores the lives of five refugee families marooned for nearly 20 years in Dhekelia.

The film follows 27 people from Sudan, Ethiopia, Syria and Iraq which were shipwrecked off the coast of Cyprus in 1998, rescued by the RAF, housed on a military base but repeatedly denied resettlement in Britain.

They are those who survived from a group of initially 75, after their dinghy started to sink as they were approaching Cyprus, leaving more than half dead.

The reportage shows how these families have survived two decades in limbo while Cyprus and the UK dispute which is ultimately responsible for them.

The refugees say that both countries have abandoned them as their temporary stay in the island has become permanent.

The film notes that the facilities they used, are no longer operational as the UK stopped funding them. This happened after a UK-Cyprus agreement in 2003 according to which, refugees in Sovereign Base Areas should be under Cypriot jurisdiction. However, the agreement does not cover refugees who arrived in the island before 2003.

Cypriot officials argue in the film, that under international legislation the UK is responsible for the families, something that London does not accept.

Now, the Republic of Cyprus provides them with education and healthcare while the UK sends them food everyday.

According to the reportage, British authorities, now, instead of funds give ‘incentives’ to them. For example assigning them with refugee status, so they can move to Republic of Cyprus-controlled areas.

The refugees reject such a move, as they believe that there are not enough guarantees in place for them to continue their life in Cyprus.

The refugees want to move to the UK, but a recent court decision ruled that they do not have the right of resettlement in Britain.

The film concludes with a visit by British lawyers in Dhekelia who will represent the refugees in a new hearing of their case in Westminster’s Supreme Court.