Independents Andreas Efstratiou, Loukas Stavrou and Celestina De Petro were the three first candidates who submitted on Thursday, their candidacies for the Cyprus Presidency at Filoxenia Conference Center. 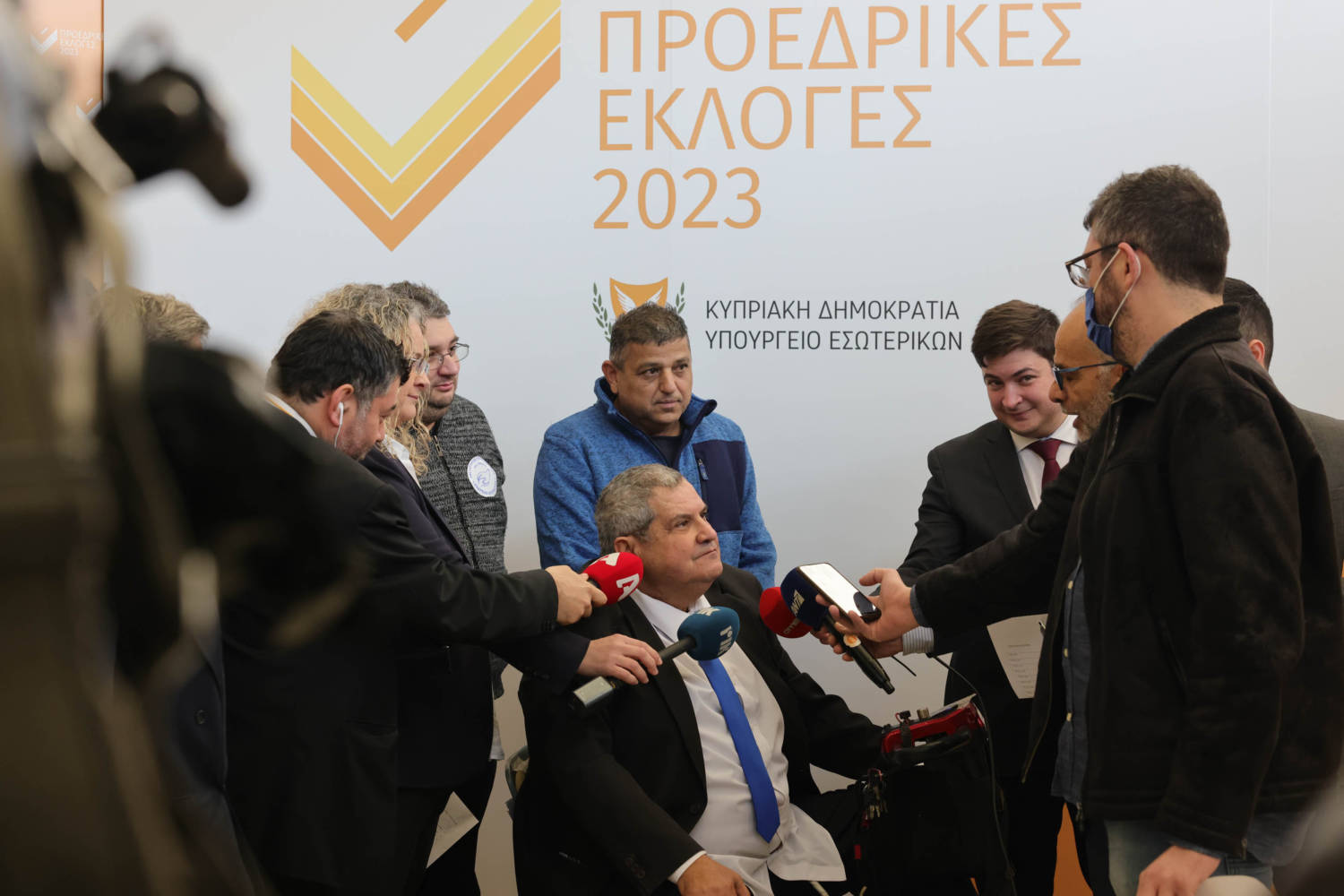 Andreas Efstratiou submitted his candidacy for the presidential elections for the eighth time. He was the first to submit his candidacy at 08:00 in the morning and came accompanied by his supporters, using a special means of transport for disabled people.

“As a person with many children, I will fight for my fellow human beings, the people with many children, the disabled people who are always left on the sidelines and whenever there are elections they are taken into account,” he said. He added that whoever the winner is, “we will respect him for the good of our country”. 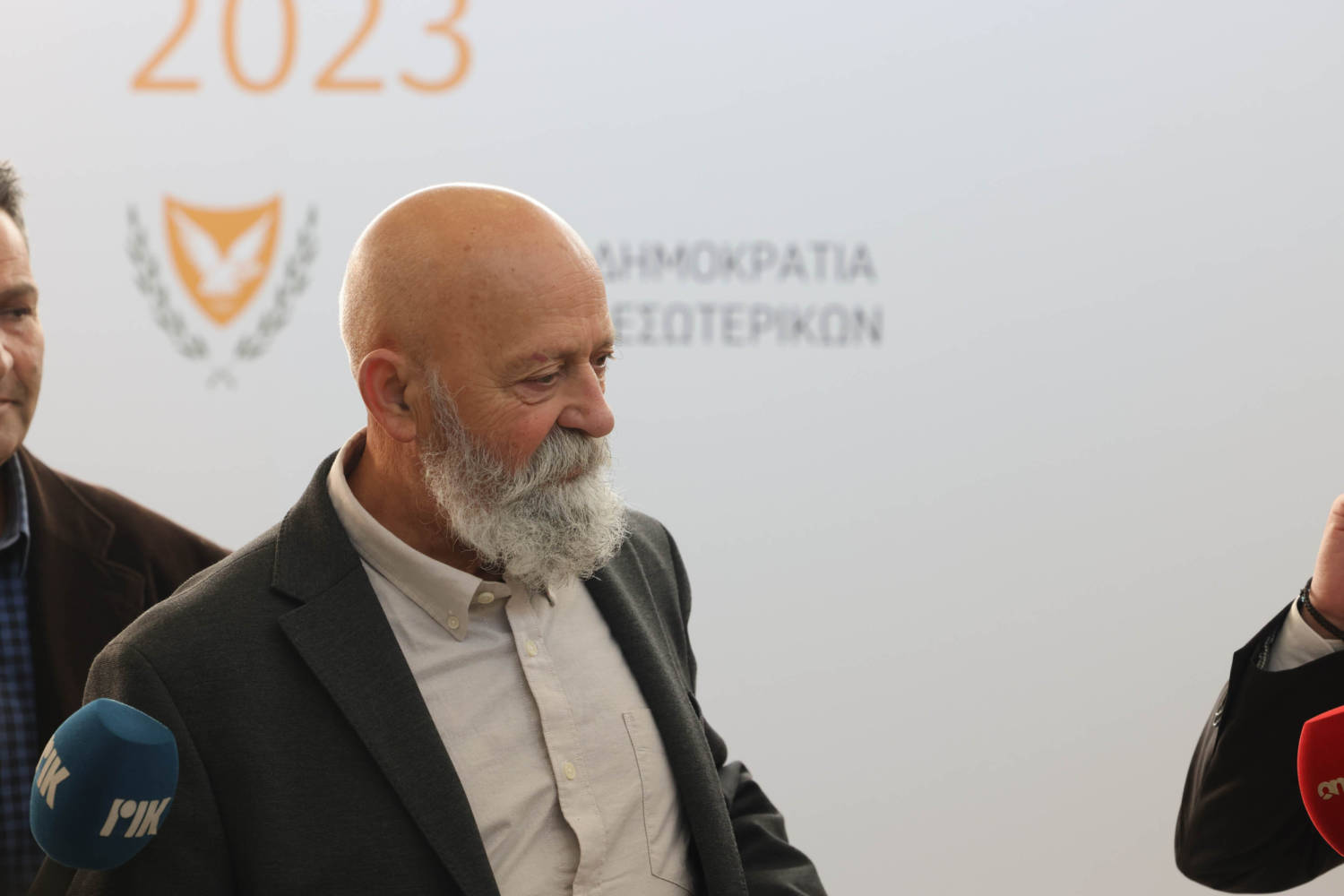 The accession of the Republic of Cyprus in the Hellenic Republic and the opposition to representative democracy is promoted by the candidate for the Presidency, Loukas Stavrou, by filing his candidacy at the Chief Returning Officer.

“As National Community Reconstruction (EKAN) we submit a comprehensive proposal for the accession of the Republic of Cyprus into the Hellenic Republic. We will do it the same way Cyprus joined the EU: by directly integrating the National Guard into the armed forces of Greece – one nation, one army,” he said in his remarks after submitting his candidacy. 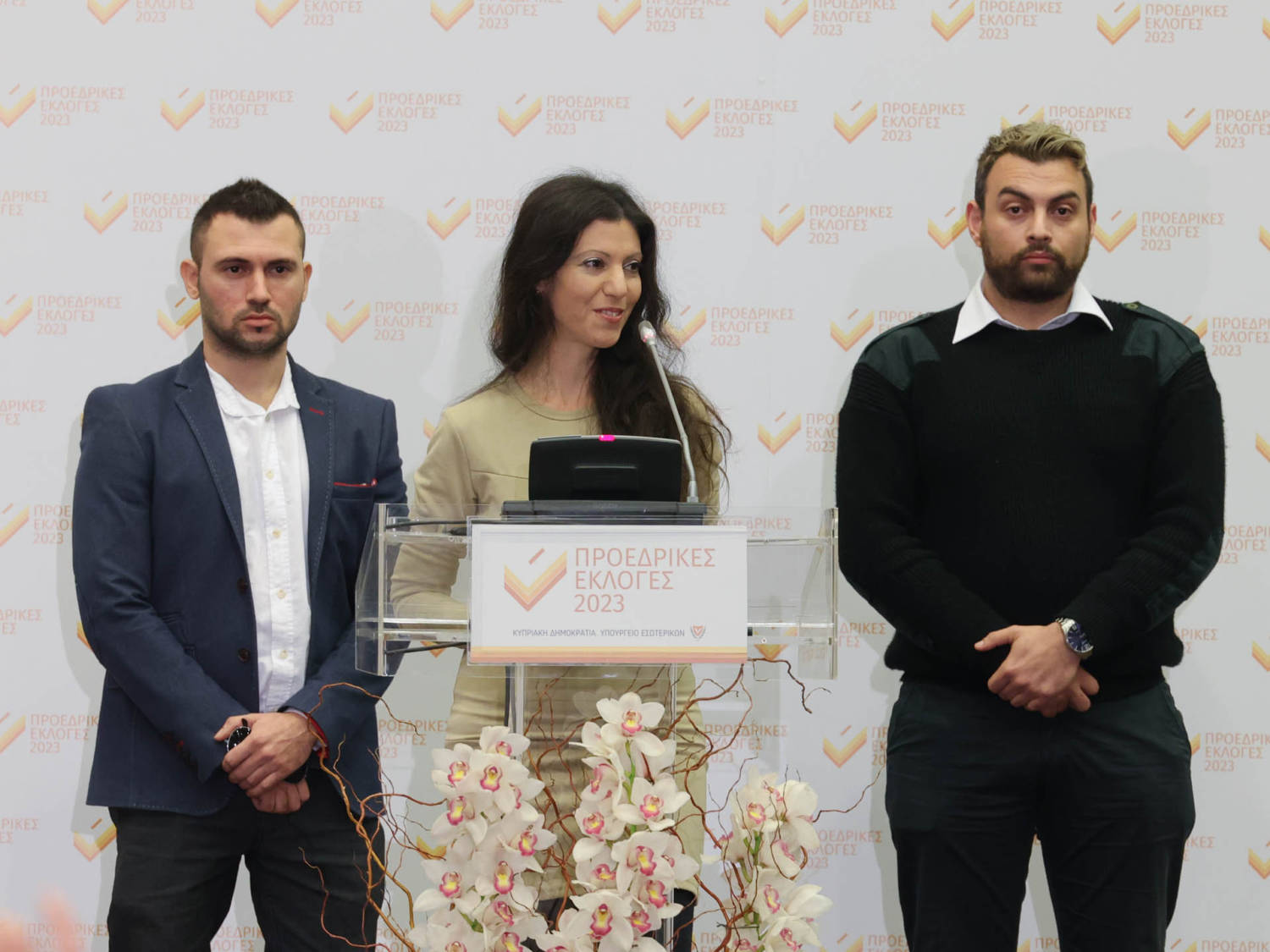 The belief that she will succeed in the Presidency of the Republic of Cyprus was expressed by Celestina De Petro, the first of only two women who are submitting their candidacy for the Presidential Elections.

In her short statements, De Petro noted that she loves the world, the Cypriots, and this, as she said, “is the biggest statement” she can make. In statements leaving the hall where the nominations are submitted, De Petro said that she is “here” for the people and to represent all Cypriots “until the end”. Asked about her expectations from this process, she said that it is to become President of the Republic, “for the good of Cyprus”. 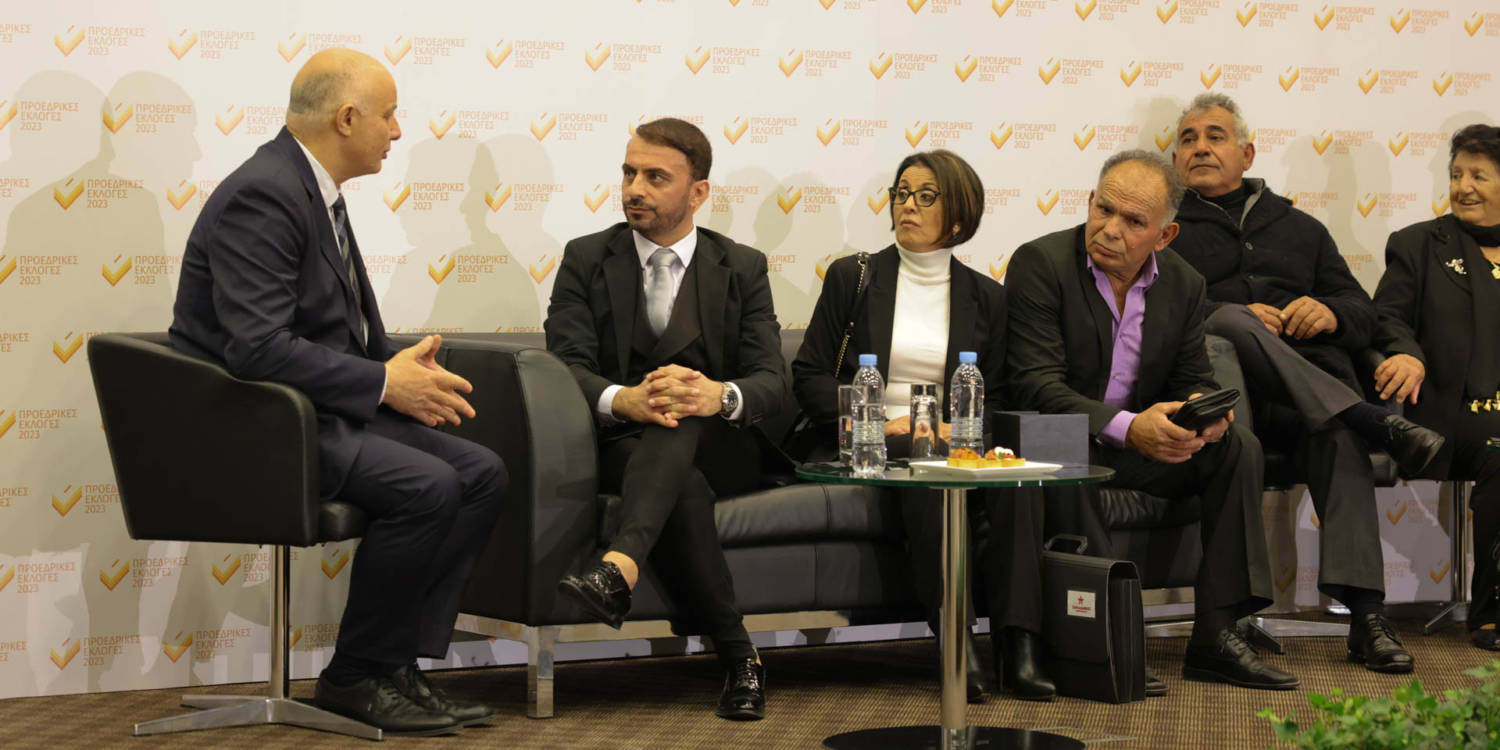 Presidential candidate, Charalambos Aristotelous, following the submission of his candidacy today, said that he proposes an alternative way for development, based on short-term policies, and consequently short-term ones. He explained that short-term policies concern farmers, employees and self-employed and young people. 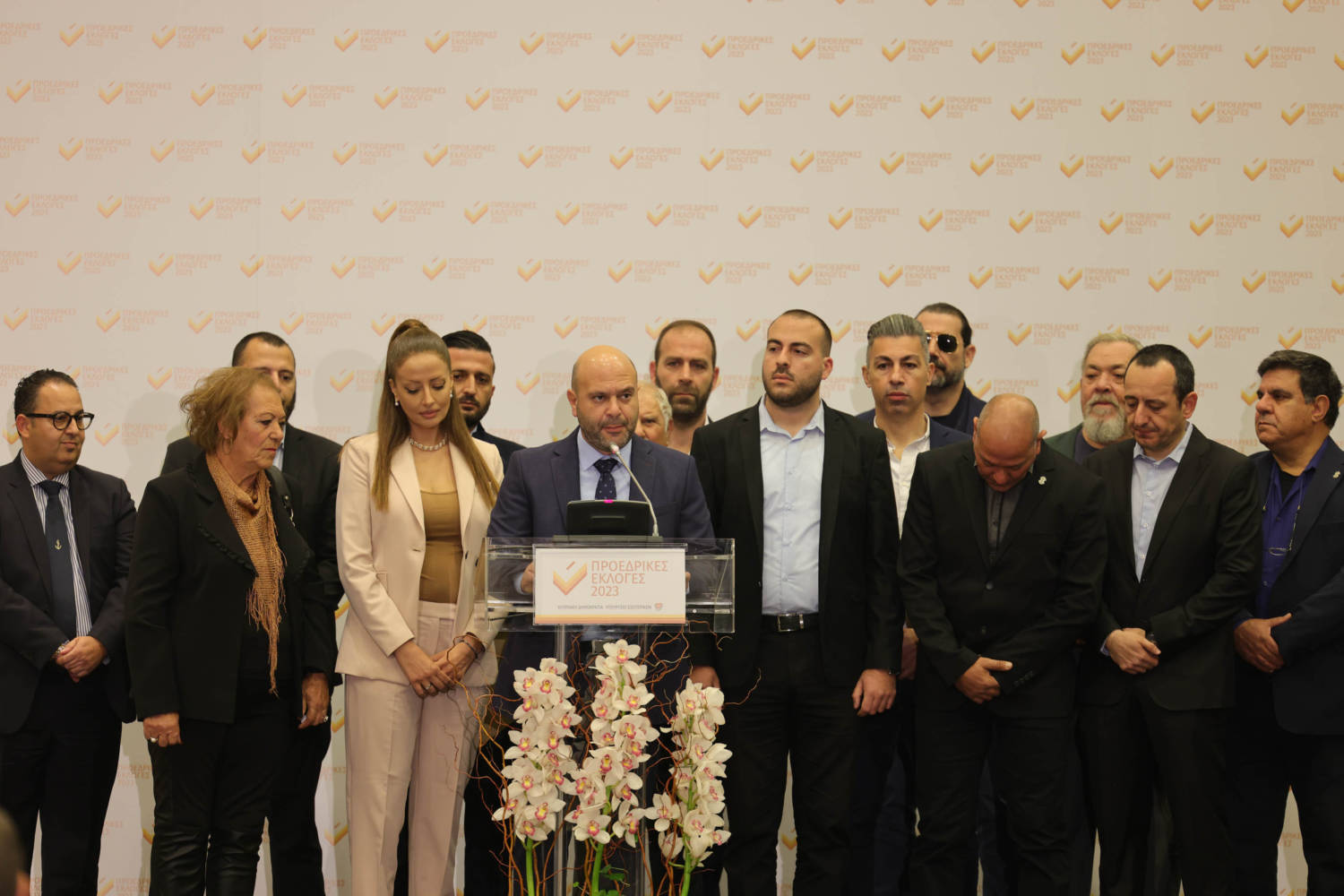 Cyprus deserves better political leadership, which with its actions, will stand by the problems of society starting from the national issue, migration, the issues of high prices, the issues of education and serious issues of health, said the President of ELAM and candidate for President of the Republic Christos Christou.

In his statements after submitting his candidacy for the presidential elections, Christou stated that “we are addressing our fellow citizens, who are anxious for the future of our country and believe that until today those who ruled and co-ruled the country did not deliver what they should.”

Asked what is the realistic goal of his candidacy, he noted that the objective goal is always a success. This is of course determined by being able to pass to the second round of the elections, he added. He continued saying that the second next goal is a strong ELAM, which will be able to influence the next government, whatever it may be, in decision-making. Replying to a question about what bargain he would strike to support another candidate in the second round Christou said that “we will bargain about nothing”. We will send both candidates, he added, our own positions on a number of issues, we will ask for their position and depending on this we will make our final decision, which we will publish.

He emphasised that the objective of his own candidacy in the upcoming elections is to solve the serious problems we face collectively as a society. “We believe that only a strong ELAM can ensure something like this,” he said appealing to the people for their support. 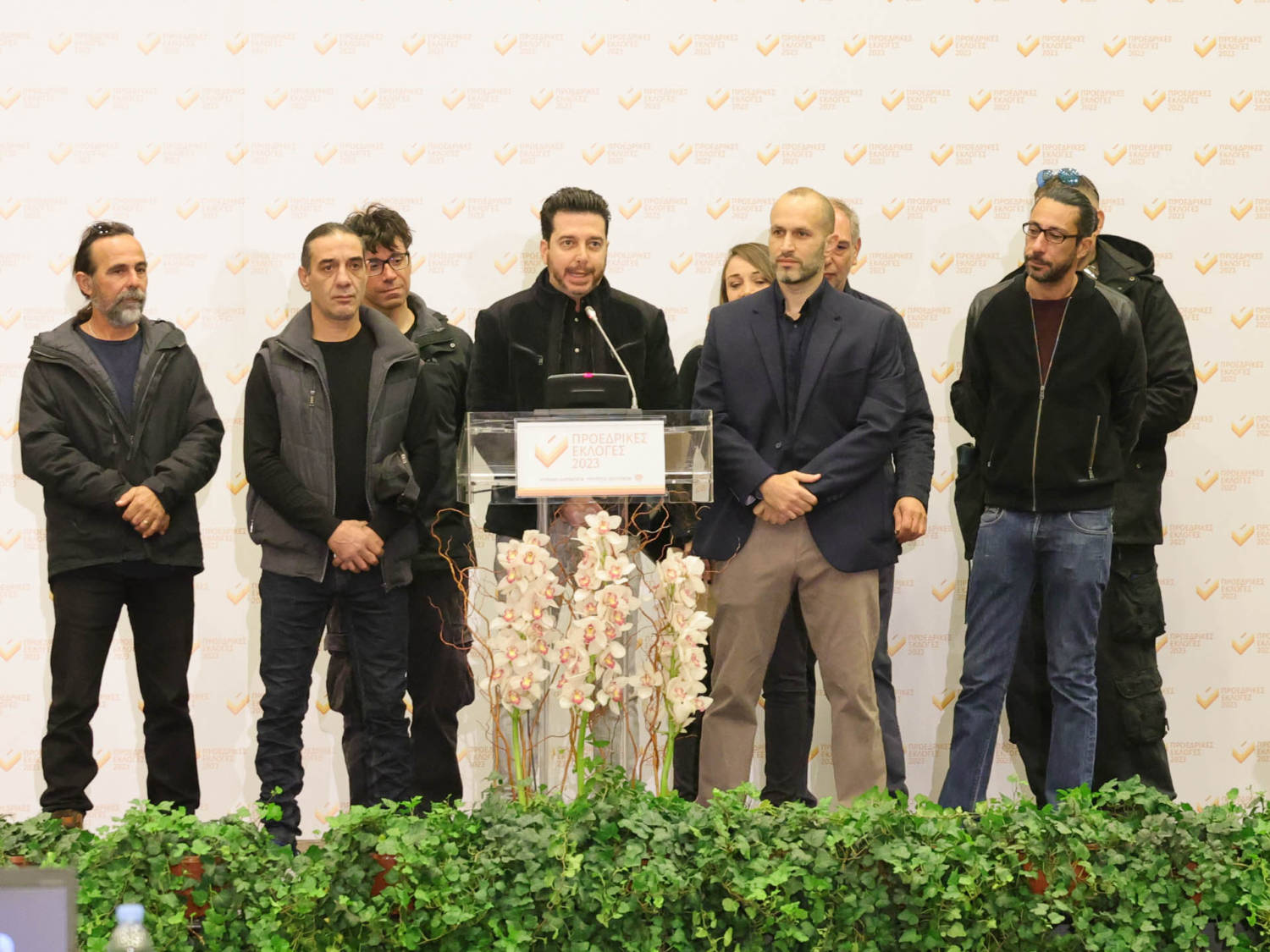 Alexios Savvides, following the submission of his candidacy, expressed his support to a solution for the Cyprus problem within the framework of Bizonal Bicommunal Federation, as a united state without armies. He added that minimum full-time wage should be €1,300 and the minimum pension should be at €1,000. “There should be no asylum seekers, as long as there are hungry Cypriots,” he added. 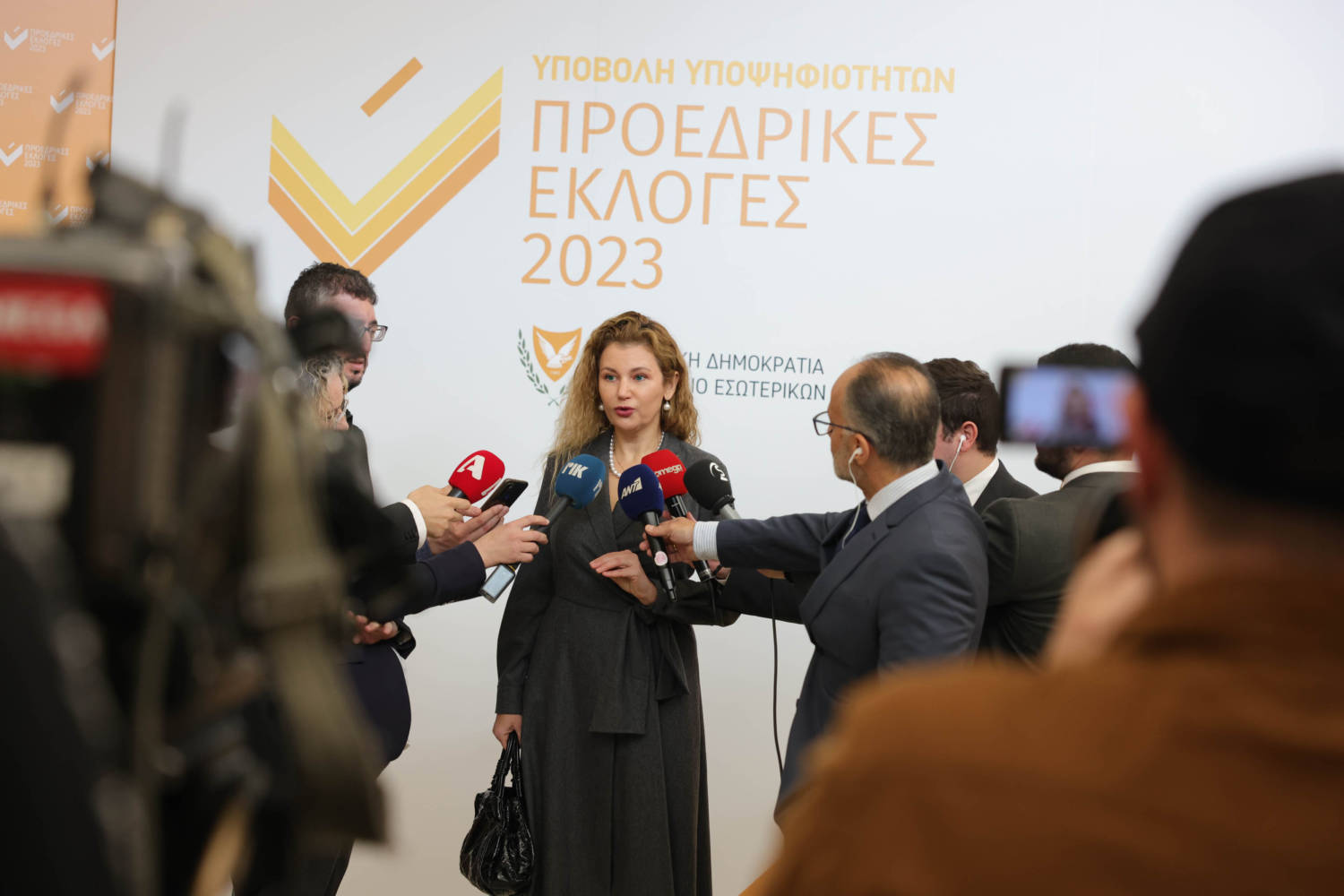 Julia Hovrina Komninos said that, if elected she will give her salary to charity. In her statement after submitting her candidacy for the presidential elections, she also said that it is time for the people of Cyprus to choose a leader for the following five years and added that her priorities include the Cyprus problem, the fight against corruption, supporting the national produce and industries and protecting motherhood and children. 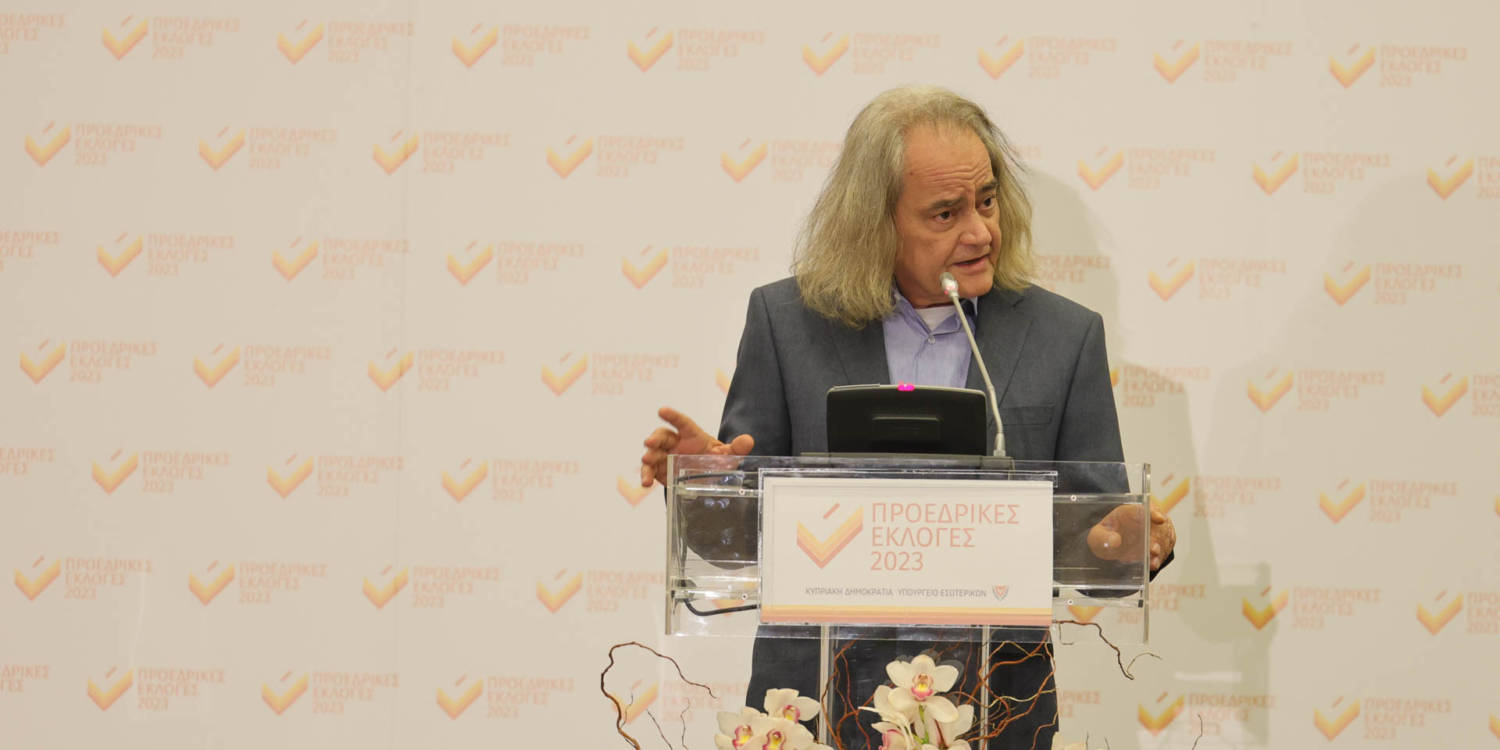 On his part, Andronikos Zervides, expressed his wish to sign the solution of the Cyprus problem, as well. He added that he has prepared “a 77-page manifesto, about how we can come up with solutions for almost any of the many problems our country faces.”