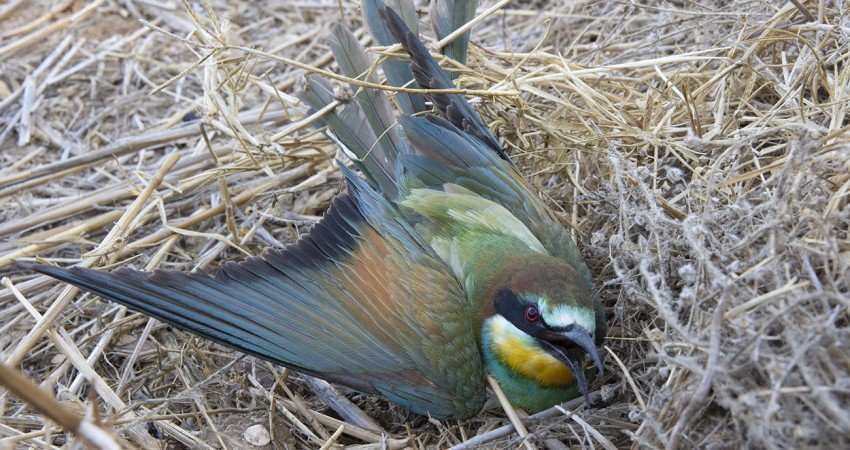 Saying they were appalled at the illegal shootings of protected bird species in areas around Cyprus during the peak of bird migration CABS and BirdLife Cyprus have called on Cyprus Police and the Game Service to show zero tolerance to breaches of hunting regulations.

While monitoring the Larnaca and Famagusta districts for signs of illegal bird trapping, staff and volunteers of the two organisations have recovered shot Bee-eaters in recent days.

They also found two rare Corncrakes, one shot dead on September 1 and the other with shot and broken legs, struggling on the ground on September 4, both in Kokkines area of Famagusta district. 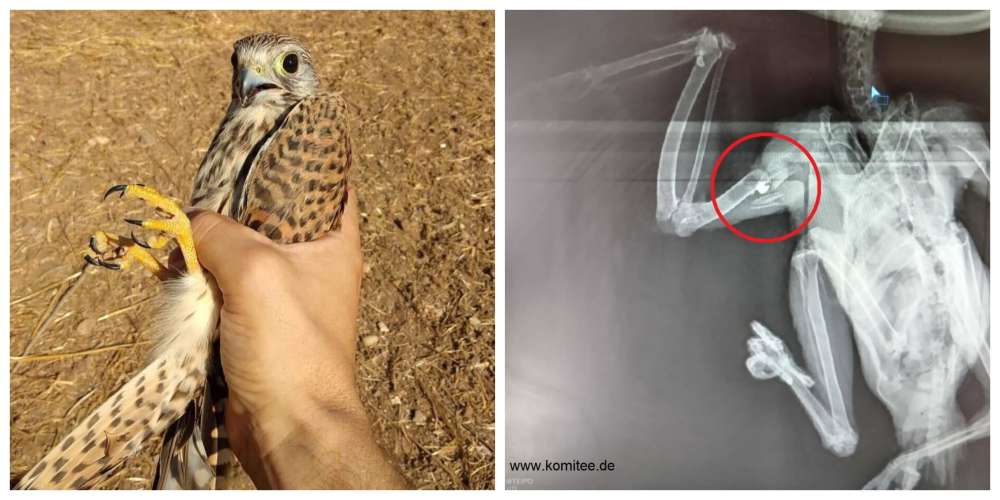 In Larnaca district, the situation was no better.

At Oroklini, volunteers discovered another bird massacre: on the ground around the shooter lay the bodies of a dozen House Sparrows and a House Martin. In Mazotos, a Common Kestrel was recovered injured and was handed over to a veterinarian. The x-ray showed a broken right wing and embedded pellet.

Not far away in Aradippou, a number of hunters were illegally shooting warblers, using a tape lure with the blackcap call. In the same area, in a no hunting area, the BirdLife Cyprus field team came across shot Bee-eaters, a protected species.

At the same time, a CABS team discovered a poacher in Ayios Theodoros, in a no hunting area, using a blackcap caller and a silencer installed on his shotgun to slaughter warblers. Concerned citizens have also been contacting the NGOs to report illegal shooting of protected bird species or report the illegal use of sound devices near their homes.

“It seems that at least some hunters are shooting indiscriminately. Every time we observed an illegal action against birds we called the Game Wardens, but they could only respond to very few cases and most of the times the offenders remained unpunished,”says CABS’ General Director, Alexander Heyd.

“There is clearly an enforcement issue with regards to illegal hunting and the protection of biodiversity in the Republic of Cyprus. The dramatic decrease achieved within the Dhekelia SBA areas in recent years regarding bird crime activity is a true success story. A similar approach and tactics could be adopted by the Cyprus enforcement agencies, to achieve tangible results on the ground,” says BirdLife Cyprus’ Campaigns Officer, Tassos Shialis.

The NGOs call on the Cyprus Police and the Game and Fauna Service to increase efforts to tackle illegalities, enforcing a zero tolerance approach to breaches of the hunting regulations. The threat of high fines, unless it goes hand-in-hand with sufficient and qualified policing on the ground, will bring no results. It is time Cyprus starts protecting its natural heritage with zero tolerance, they said.