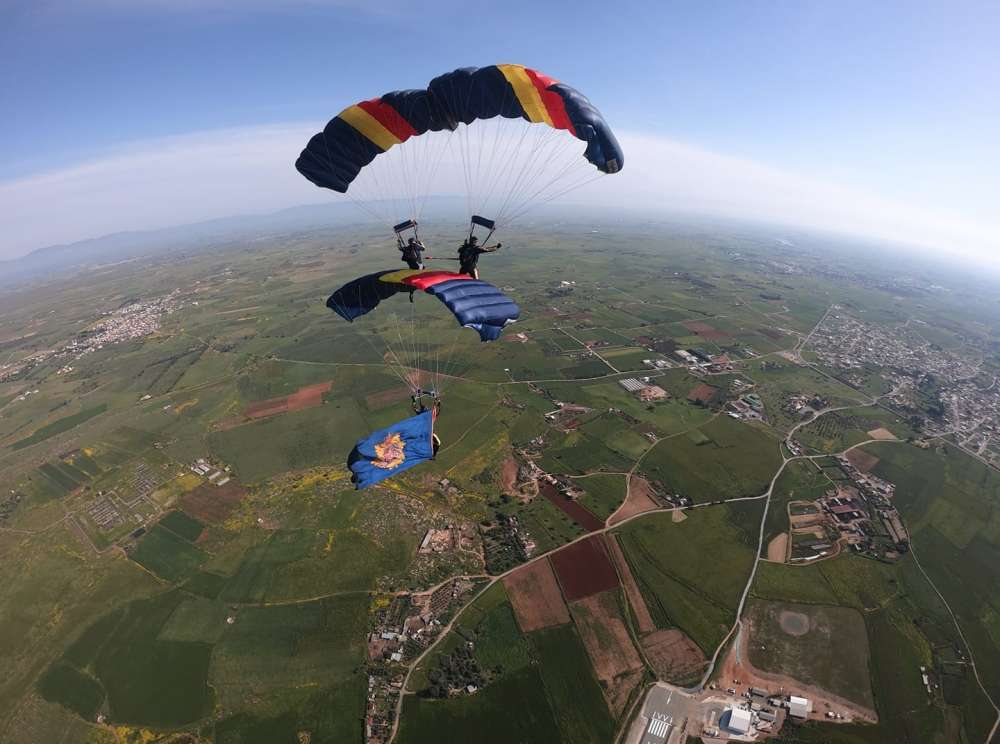 The Royal Logistic Corps (RLC) Silver Stars and the Royal Electrical and Mechanical Engineers corps (REME) Lightning Bolts will be holding parachute displays in Cyprus on Tuesday and Wednesday March 26-27.

According to the RLC, the displays will take place at RAF Akrotiri sports pitches, at the Kingsfield Parachute Centre in Xylotymbou and Episkopi Happy Valley.

The display at Akrotiri is open only to persons with British Army or U.K. Ministry of Defence ID cards, while those at Episkopi will be open to the public.

The RLC Silver Stars team, based in Gloucestershire, said that they have made over 500 descents since arriving in Cyprus, more than a week ago.

“Kalimera. After some weekend R’n’R week two of our display training has begun. And for all of you in Cyprus that follow us we will be dropping into RAF Akrotiri and hopefully Happy Valley over the next couple of days for some parachute displays. Dates and times are shown below. It would be great to have as many of you as possible to come down and watch us drop in, the more the merrier; it will certainly put us under a bit of pressure,” the Silver Stars wrote on Facebook.

According to army.mod.uk, “the Royal Logistic Corps Silver Stars Army Parachute Display Team dates back to September 1963 and was the first army parachute display team to be established. It currently comprises approximately 25 regular and reserve personnel. They conduct displays at low and medium altitudes, to include stack formations.”

The Lightning Bolts Army Parachute Display Team REME is comprised of 20-25 members. They conduct medium to small sized events and represent a range of cap badges and employment types in the Army.

(Pictures and videos from the RLC Silver Stars and the REME Lightning Bolts social media accounts).

By In Cyprus
Previous articlePasta salad with feta
Next articleBritons backing away from Brexit, but no safe bets – pollster