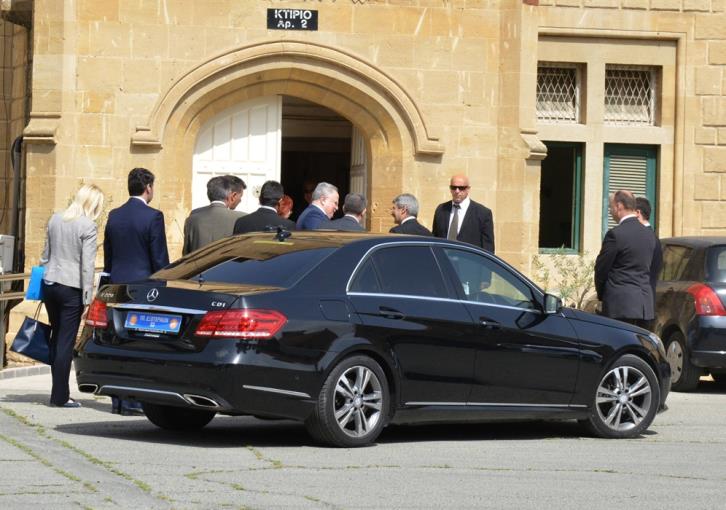 The trial for the land dispute between Kykkos monastery and the Greek state has started this morning. The case revolves around a piece of land opposite the Metochi of Kykkos in Engomi.

In 1998, the monastery had ceded lands to Greece at a much lower price than its going rate for the purposes of building a new Greek embassy. The contract between the monastery and the Greek state included a clause specifying that the land should only be used for the purposes of building the embassy, and if this was not done the land should be returned back to Kykkos in exchange for the money. The land is now valued, with interest, at around €2.5 million.

To date, no new embassy has been built. What is more, the land in question had reportedly been put up for sale by the Greeks in 2012 and was even included in Greece’s asset development fund, which aims to make the best use of Greece’s state property. In the meantime, Kykkos had found another buyer willing to pay €9 million for the land. The Greek side claims that they had prepared plans to build the embassy and they were shocked to read reports saying that Kykkos wanted to sell the land to Russian interests. Kykkos is today seeking a decision to order the land registry to transfer the land back to the monastery and to specify an account whereby Kykkos could deposit the €2.5m.

At court today, Kotzias argued that the land was never added to the Hellenic Republic Asset Development fund. This was refuted by Costas Velaris, the lawyer for Kykkos monastery, who presented data from the financial records of the asset development fund. In response, Kotzias, asserted that the land’s inclusion in the fund’s records was not valid, since the due procedure was not followed at the time.

The discussion between the two devolved into a blame game with Kotzias accusing the lawyer of using false claims to justify his side of the story and of being ignorant of international law. Kotzias asserted that the fact that he is forced to testify for things that happened before his tenure as a Foreign Minister, in 2012-2013, is nothing short of shameful. Speaking to the judge, he said that he took offence with the way he was spoken to, since, as he claimed ‘Greece was never seen so badly, not even during the Junta years’. Kotzias also stated that he proved during negotiations for the Cyprus issue that he highly values our country.

Velaris accused Kotzias of selling the land to a company which was going to use it for the purposes of building the Qatar embassy. He restated the monastery’s side of the story, according to which, the land was to be given to the Greeks for five years for a symbolic sum of €1 a year, if the embassy was to be built.

By In Cyprus
Previous articleIs violent crime on the rise in Cyprus?
Next articleYet-to-be-established vice-ministry of tourism in danger