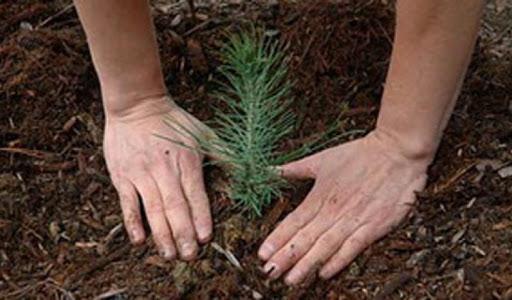 BirdLife Cyprus has leased two plots of land near Frenaros, one of the most notorious trapping areas of the island, with the aim of turning it into a safe haven for birds, Elena Markitani, the NGO’s  Communications Officer writes.

In a blog on the website of the Ornithological Society of the Middle East, the Caucasus and Central Asia (OSME), Markitani says it is hoped the land will be somewhere where birds can safely rest during their migration journey and avoid being caught and killed by trappers.

“The land is approximately 29,500 m2 and about half of it is already planted with many different species of flora, providing a good existing habitat to birds.

“Τhe second half of the land will be planted with native plants with the aim to create a range of different habitats, from small ponds to a wildflower meadow, to try and accommodate a range of bird species,” she adds.

BirdLife Cyprus staff, council and members have planted around 350 plants and trees around the perimeter of the recently fenced area — 16 different species of native and naturalised plants were planted, including lentisk, carob, wild olives, cypress trees, pines, juniper and others.

“This was done to create a natural fence on the inside of the man-made one, to screen the inside of the land as well as create a habitat for wildlife. The event was well received and we hope to have further events like this in the future, including ones which will be open for members of the public to join.”

The inspiration came from Christoph Hein from NABU (Nature and Biodiversity Conservation Union) — one of the oldest and largest environment associations in Germany.

“Christoph has been visiting the Messina Straits in Italy for years to support the efforts to combat the illegal bird killing that was happening there.

“The Messina Straits, on the southern tip of Italy, was once one of Europe’s worst “blackspots” for the illegal killing of raptors. In fact, as many as 5,000 European Honey Buzzards were unlawfully killed there every year. In the ‘80s “anti-poaching camps” began springing in the area with volunteers from all over the world travelling there to keep watch over the migrating birds. Their presence alone deterred many poachers, and volunteers were also quick to report any illegal killing incidents they witnessed.

“In addition to this intervention, the Fortino, a disused military building in Calabria, was leased by a local NGO, with support from NABU, which initially was a place where people could survey migration and inform the police if poaching was happening,” she writes.

Later, it became known as the ‘International Centre for Nature Conservation and Community Involvement for the Protection of Migratory Birds’ accommodating environmentalists, ornithologists and hundreds of volunteers whose chief work is to protect migratory birds.

Over the years, this presence in the area has changed local attitudes, and now members of the community work alongside volunteers to protect the birds that pass through their area. The result has been extraordinary. The number of Honey Buzzard casualties per year have gone from 5,000 to only 100, and it has been estimated that at least 85,000 Honey-buzzards would have died over the past three decades if poaching had not been addressed.

And she concludes: “It is with the same hope that we went ahead and created this safe haven for birds in Frenaros. Albeit small, it is in essence our first ever natural reserve that we are very proud of. In the future, we hope we can use the area for other purposes as well, such as education, research, and perhaps even for birdwatching. If all goes well, we may be able to expand and make the safe haven even larger.

“We would like to thank NABU, our BirdLife partner in Germany, for making all this possible.”

By In Cyprus
Previous article
Cyprus Defence Minister to discuss Turkey’s provocations with Israeli counterpart
Next article
Brad, Billy and Bong: What to watch for at the Oscars