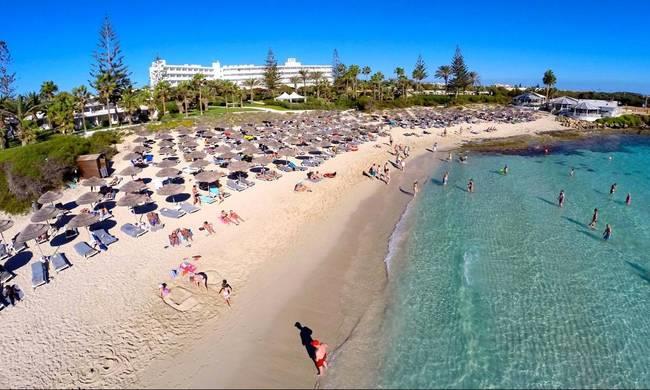 Ayia Napa Municipality said on Friday that it has been awarded 14 of Cyprus’ total of 63 Blue Flags, making it the ‘champion’ municipality in Cyprus. The award ceremony was held in Paphos on Thursday, organised by Paphos Municipality in cooperation with the National Committee and the Cyprus Maritime Protection Agency (CYMEPA)

The Blue Flag is a world-renowned eco-label operated under the auspices of the Foundation for Environmental Education and is headquartered in Copenhagen, Denmark. To qualify for this prestigious award, a series of stringent environmental, educational, safety-related and access-related criteria must be met and maintained.

Paphos district was awarded 16 Blue Flags.  Within Paphos Municipality, the award winning beaches are Dimotika Mbania, Vrysouthkia A and Vrysouthkia B, Alikes, Pachiamos and Faros. Geroskipou has two — the municipal beach and Pachiamos 1, while Polis Chrysochous has the municipal beach and Dasoudi. Other Blue Flag beaches in Paphos district are Souli, Xistarakambos and  Halavro in Neo Chorio and Coral Bay, Laourou and Kafizi in Peyia.